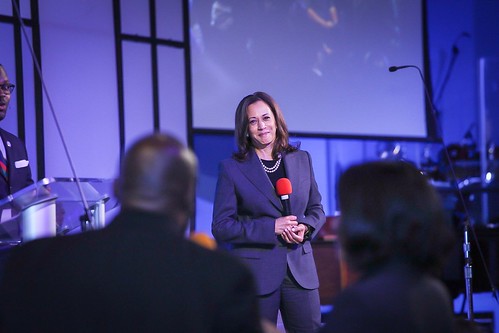 Sen. Kamala Harris (D-Ca.) announced on Tuesday that she was dropping out of the presidential race due to lack of financial resources in a statement.

“I’m not a billionaire. I can’t fund my own campaign. And as the campaign has gone on, it’s become harder and harder to raise the money we need to compete,” she said.

“I didn’t necessarily appreciate how she was going about winning,” Chukwu said. “It was just a real open way [of] her trying to grab the black vote too rigorously and too openly.”

Political analyst Jason Johnson said Harris’ decision to drop out was on brand with her campaign.

“What this whole thing blows down to is she couldn’t raise money anymore,” Johnson said. “It had always been difficult for her to raise money because she is a woman and she’s black and just the network of people she could tap into weren’t as high.”

He added that, for Harris, tapping into the resources of the Democratic state of California is different compared to competing on a national level against 27 other candidates.

“I would like to see what she does outside of the election and outside of her campaign,” he said.