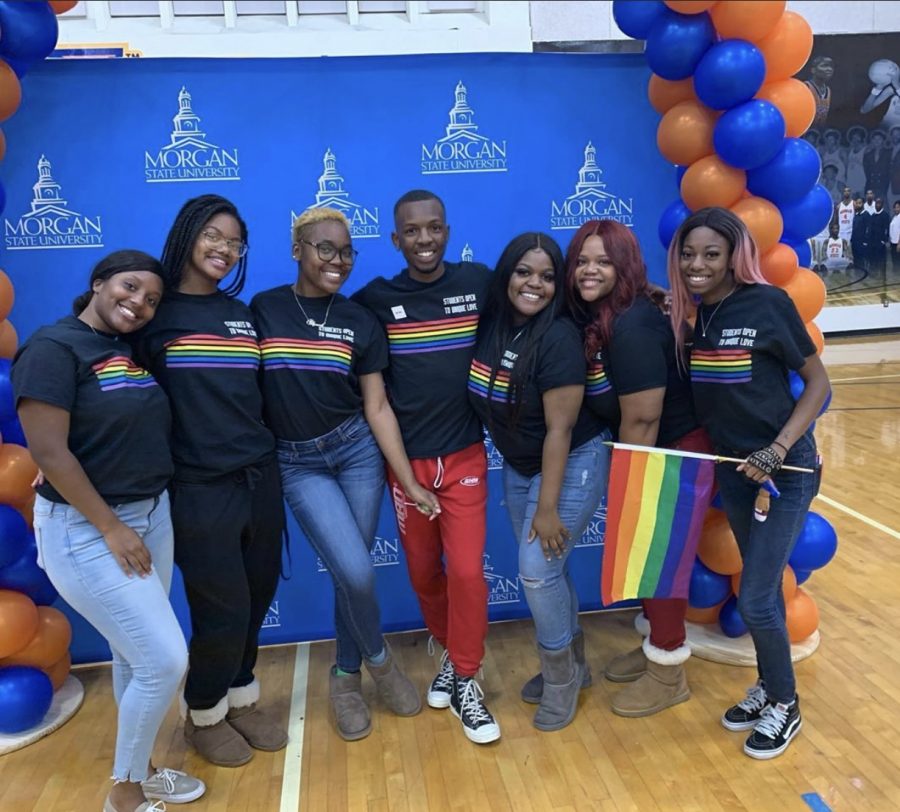 SOUL posed for a picture during the university's annual Explore Morgan Day in November.

With more than 50 organizations on Morgan State’s campus, De’Auntae Corry, a junior multimedia journalism major, regularly felt excluded from campus activity. That all changed in August when he pushed for the reinstatement of Students Open to Unique Love (SOUL), a gay alliance chapter founded on Morgan’s campus in 2001.

After the chapter dissolved in 2015, many students’ quest for a similar organization ended in a failed attempt, including Corry, the chapter’s current president. 18 years later, SOUL’s mission remains the same—to create a safe space for Morgan’s gay community and promote alliances on campus.

“There were organizations, but none of them fit me,” Corry said.

Approximately two months after SOUL found its way back on campus, it accumulated 54 students. Among the organization’s members is Jaylyn Thomas, a sophomore hospitality major and Alabama native, who expressed his excitement to be part of a community that accepted him.

“Me finding SOUL adds to who I am,” Thomas said.

With the organization’s goal to promote safe sex on campus, they have begun a partnership with The STAR TRACK Clinic, located at the University of Maryland Medical Center, a teaching hospital based in Baltimore.

The clinic supplies SOUL with a weekly supply of condoms. The organization then distributes the supply to various locations on campus free of charge.

“Knowing I put condoms on campus on a Monday and they were gone on Wednesday, I was hype,” Corry said. I was like—we need more condoms!”

While condom dispensaries are located throughout campus, Corry said Blount Towers, Rawlings Hall, Earl S. Richardson Library and the recreation center within the University Student Center receive the most traffic.

Along with the supply of condoms, The STAR TRACK Clinic partnered with SOUL for a recent vouge event on Morgan’s campus and according to Corry, the event was his favorite thus far.

“It’s just fun for people to see the real me,” Corry said.

Seneca Jackson, one of the organization’s advisors, said as an openly gay man, he describes the members of SOUL as a family. He said as the organization grows in popularity, his goal is to mend the intolerance of the gay community on campus.

“Stay in their face, let them know you are not going anywhere,” Jackson said.

While many have been receptive to SOUL, Jackson said male-dominated organizations, in particular, have been hesitant to collaborate for events.

“What I would love to see is for everybody to just work together because that’s going to be big,” Jackson said.

SOUL will be present for Morgan’s annual December lock-in to promote HIV and AIDS awareness. They have also began to promote their second vouge class, which is scheduled for December 2.

“I feel like the new SOUL is a home,” Corry said. “It’s a home for people who felt as though they didn’t have one before.”