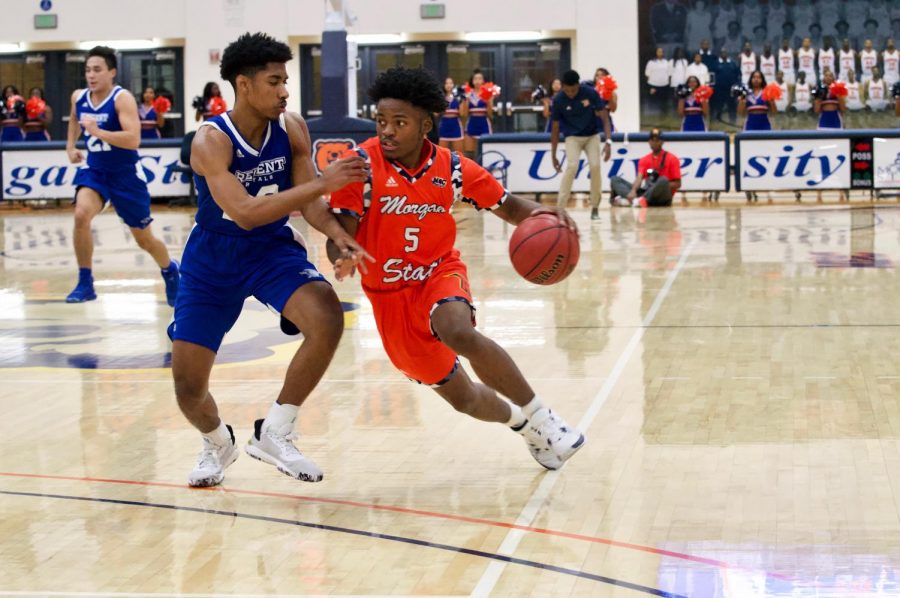 The Bears aggressively opened the game with a 10-0 run and seized the lead.

The Regent Royals were smothered by the Bears’ full-court press on defense. They were unable to generate much offense due to the size of the Bears’ forwards.

This aggressive style of play led to many of the starters in foul trouble, so the Bears had to rely on their bench.

Early in the first half, junior guard Kyson Rawls, provided a spark to his offense. He knocked down two three-point shots within minutes of checking into the game and went 4-4 in his first eight minutes. Rawls finished the game with 13-points, two assists, shooting 4-6 from the field.

Junior Lagio Grantsaan was another Bear who had a big game off the bench. Finishing the game with a double double, he led the team in points.

He finished the contest with 20 points, 11 rebounds, and three assists.

The Royals only scored off of the Bears’ turnovers and miscues. They came within 16 after cutting the lead down to 36-20 by halftime, but that deficit grew in the second half.

Morgan finished the game with five scorers in double digits and 45 points from the bench.

The Bears’ largest lead of the game was 38 points late in the second half, but head coach Kevin Broadus still knows his team can perform better.

A game like this prepared Morgan for stiffer competition, especially when their next game is out of the country against an undefeated team.

“We were trying to work on some things that would make us better because we weren’t playing Regent today, we were playing against ourselves,” said Broadus.

Morgan will take their talent down to the Bahamas to face off against the undefeated Liberty Flames (5-0) on Friday, Nov. 22 at 11a.m.