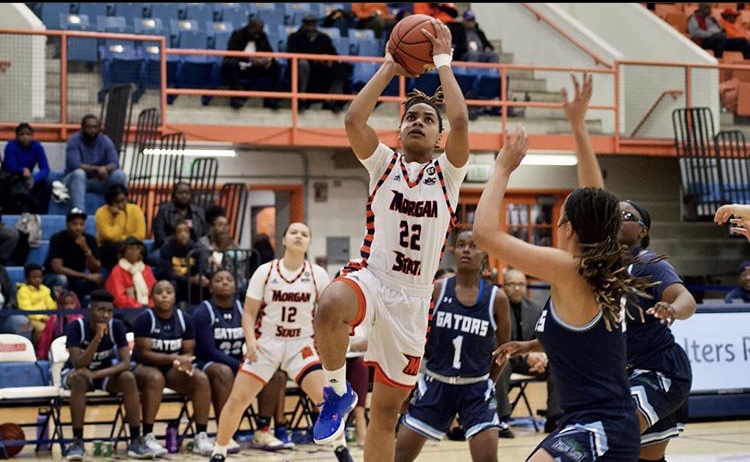 The Lady Bears scored a total of 112 points, resulting in a final score of 112-34 against The Notre Dame College of Maryland Gators.

The game was out of reach for the Gators as the Lady Bears led in points all four periods and contributions from senior center Dezyree Morals gained an early lead for the team.

On Tuesday, the team lost to the Marquette University Golden Owls.

Morals scored early in the game, setting the tone for the night. She knew the loss earlier that week could not phase her.

“Our mindset coming into this game was just to work as a team and don’t let them beat us,” Morals said.

Scoring twice within the first few minutes of the game, Morals showed the Gators that her team was not leaving Hill Field House without a first-season win.

Sophomore guard Ashia McCalla stepped up for her first home court start by leading her team with 30 points.

“It was basically just a start to a new journey,” McCalla said.

She helped her team reach triple digits by sinking a free throw with just minutes left in the fourth period.

McCalla, like most of her teammates, had redemption on her mind while entering last night’s game. She used the teams’ loss earlier in the week as motivation leading up to Friday evening.

“I didn’t play as well as I wanted to in the first game and we made a lot of mistakes that could’ve been avoided…we really just worked on fixing what we messed up on last game,” she said.

McCalla was one of four who scored double digits against the Gators.

Head Coach Ed Davis Jr. is proud of his team’s win and expects them to build off of it as they prepare for three more games next week.

“We go back, we practice, we work on the things that we didn’t do well,” he said.

Davis added that there were a couple of cases where the team didn’t deny the ball and the defense was weak.

“We build on our mistakes to get to our pluses for the next game,” he said.

The Lady Bears will play against the Washington Adventist on Monday, Nov. 11, at 5:30 p.m. in Hill Field House.