He partnered with feminine hygiene companies and has raised over $1,000. 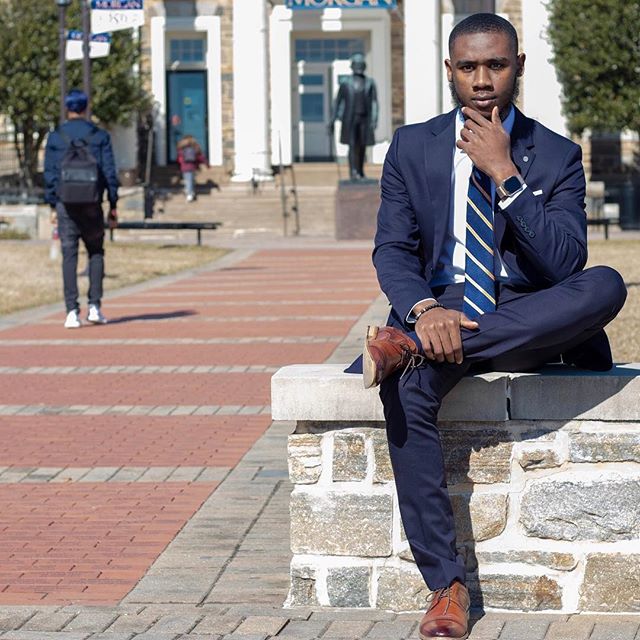 During Industrial Engineering Major Alexander Freeman’s freshman year at Morgan, some of his female friends—mistakenly thinking he was the president of the freshman class—expressed their grievances about the lack of available free feminine products like tampons on campus. Freeman, intrigued, saved the question in his google drive, but didn’t revisit the issue until a year later.

As he walked through various buildings on campus, the junior noticed something.

In the university’s library, the men’s restrooms, and even in some of the male residence halls, condoms were offered for free, while tampons and other feminine hygiene products could only be found in the Morgan State University Bookstore in variety packs for $6.99.

“I did some of my research on feminine products and saw that in some parts of the country the government has to supply grades 6 through 12 with free feminine care by law,” said Freeman.

In 2017, California legislators passed a law  mandating that all public schools, grades 6 through 12,  had to provide female students with free access to feminine hygiene products. The following year, the state of Illinois followed suit.

Maryland has not adopted the law, but some colleges, like Towson University, provide free feminine care in their health centers. Female students can walk in during the center’s hours of operation and ask the secretary at the front desk.

The Harriet A. Woolford University Health Center at Morgan does not offer the same quantity or variety. The center’s supplies are mostly from the staff who bring in feminine products for female students.

Freeman began to raise money for a free feminine products drive for the freshman class. He chose the freshmen class as his focus group because he had been an Access Peer Mentor this past summer and he is a Resident Assistant in Rawlings Hall.

He raised over $1,000 through student and staff donations.

This caught the attention of the Honey Pot Company, an all-natural feminine hygiene company. Freeman partnered with the company to buy discounted tampons, pads, liners and other feminine products. He used results from a google form sent to freshmen women to gauge what kind of products they needed and placed his order.

Aniyah Townsend, a freshman business finance major,  was shocked by the initiative when she received an email with the survey.

“I felt it was very thorough and asked questions that actually related to me personally,” said Townsend. “We need more feminine care everywhere at Morgan.”

Simone Lonas, a junior political science major and close friend of Freeman’s, was also a contributor to his campaign. Together, they created flyers and formulated a speech to post on multiple social media platforms.

Today We Packed 100+ Goodie Bags Full of Pads, Tampons and other items for the Class of 2023! Big Shoutout to the Organizations and Freshmen Ladies that came to help! I love and admire your Support ! @msu_evolve @msubgv Thank You for Always Supporting Me and being there @simone_felice ❤️

To jump start this initiative, Freeman also teamed up with female-led campus organizations including the National Council of Negro Women, Females United to Uplift, Reshape and Educate, AFROS of MSU, E.V.O.L.V.E, and Black Girls Vote. They set up tables in the Student Center to spread the awareness of this initiative during the first week of September and continuously passed out flyers until the products came in.

Freeman hopes that by next year, feminine products will be offered on campus for free, just like condoms.

“I am so thankful for all of the support I received with this initiative,” said Freeman. “Moving forward, I hope we can get this a mandate for the university.”