How a day dedicated to Morgan Pride turned violent. 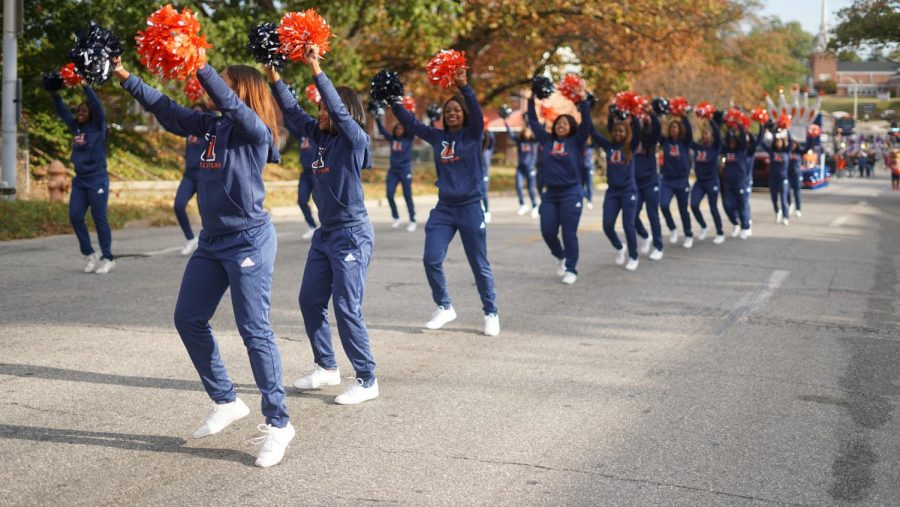 Michaela Harris, a freshman chemistry major, had the date of Oct. 12 marked on her calendar. And when the day finally came, she shuffled through tight crowds to find a seat to witness her first homecoming game as the smell of hotdogs and chicken wafted through the air.

The crowd was dispersed from Morgan State’s Murphy Fine Arts Center to one of the most notable buildings on campus, Holmes Hall. The overflow of attendees populated the Welcome Back Bridge so severely that traffic on the south side of campus came to standstill.

“You can see all the alumni and students all in one place, it was just a place where everybody went to have a good time,” Harris said.

As the sun began to set, it marked the beginning of how a joyous atmosphere became one of the biggest parties in the area, attracting a less friendly crowd.

The Morgan Academic Quad, McKeldin and the Martin D. Jenkins Behavioral Science Center—also referred to as “Old Jenkins”—served as the apex of the evening’s festivities, according to previous reporting from The MSUSpokesman.

The music could be heard from miles away and inside the building, attendees danced on furniture, consumed alcohol and smoked marijuana.

Dae’quan Buchanan, a member of an all-male campus organization called “Strong Men Overcoming Obstacles Through Hard Work,” said this year’s yard fest was highly anticipated because Morgan is known to draw large crowds during homecoming. As one of the leading conversations for weeks on social media, it generated attention from neighboring schools across the tri-state area.

“Every year isn’t like 152,” he said, “Morgan is well known across the state so we had a lot of locals.”

David Wilson, who has served as Morgan’s president for 10 years, said he was unaware of what was taking place in the historic buildings. Once news of what happened Saturday night circulated, he received calls from angry and disappointed alumni.

Wilson shut it down.

“I was unaware we were opening our academic buildings up,” Wilson said in a meeting to address the situation last week. “That piece, if you will, must stop— it must cease and desist.”

The night ended with a fight in the center of the Academic Quad and a warning of possible shots fired. Police were called to the scene and after a thorough assessment, the threat was terminated and the attendees resumed previous activity.

“[Wilson] wasn’t paying attention to it before but he is now because it’s all over social media and he doesn’t really have a choice,” Buchanan said.