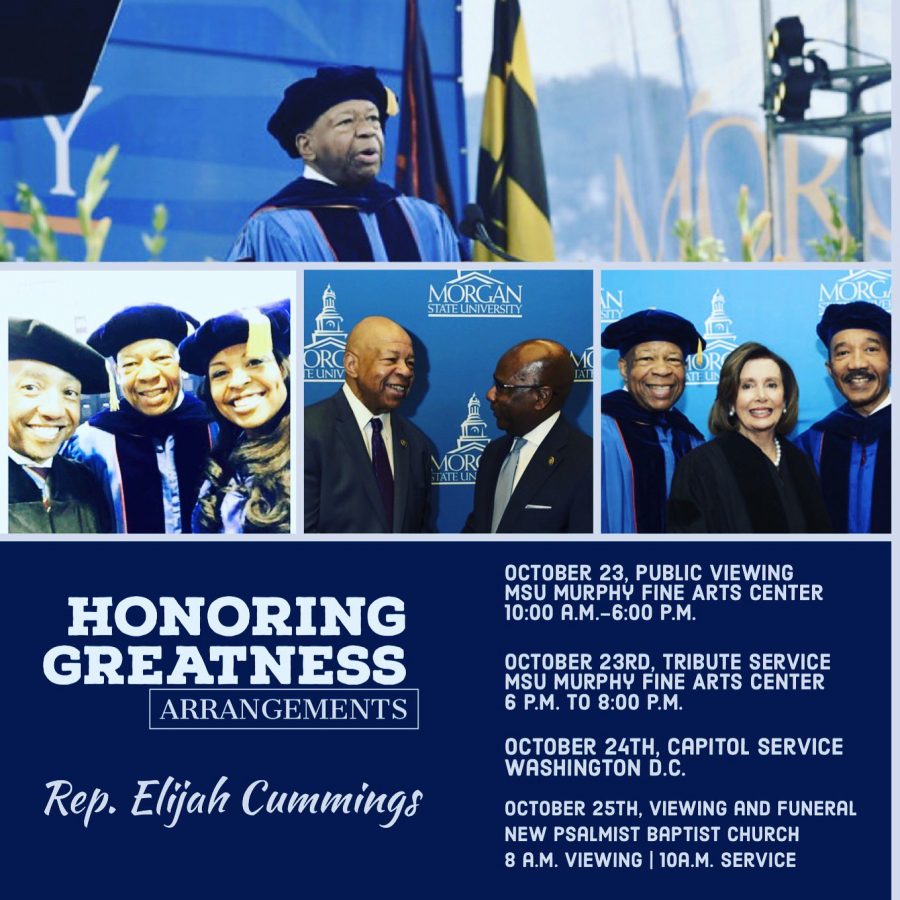 The late U.S Rep. Elijah E. Cummings, who was a pillar in the Morgan community and the City of Baltimore will lie in repose Wednesday, Oct. 23 at the Murphy Fine Arts Center, according to Morgan State President David Wilson.

Classes will remain in session, however, it will be up to individual professors whether or not they will cancel class Wilson said in a statement.

Guest parking will be free on the campus Lot Y behind the Murphy Fine Arts Center,  according to a press release. Alternative parking will also include Lot Z in front of the Alumni House.

Cummings, a longterm member of the university’s Board of Regents, died early Thursday morning from long-standing health challenges. He was 68 years old.

“Let the record show that Elijah E. Cummings was a stalwart in the storm, one who stood steady and steadfast through it all. No matter how long the journey, cold the chill, fierce the enemy or few friends, he captured our will as a nation to dare to be different, and he challenged us as citizens to dare to make a difference,” said the Board of Regents in a statement.

A ceremony will be held on Thursday morning, Oct. 24, in National Statuary Hall for members of Congress and the Cummings family and friends.

A wake and funeral will be held at New Psalmist Baptist Church in Baltimore on Friday, Oct. 25.

Wilson described Cummings one of the university’s “fiercest advocates and supporters.”

“Rep. Cummings was not only a dear friend to Morgan, he was family. His wisdom, wise counsel and superb leadership will be greatly missed,” Wilson said. “I will miss him personally.”