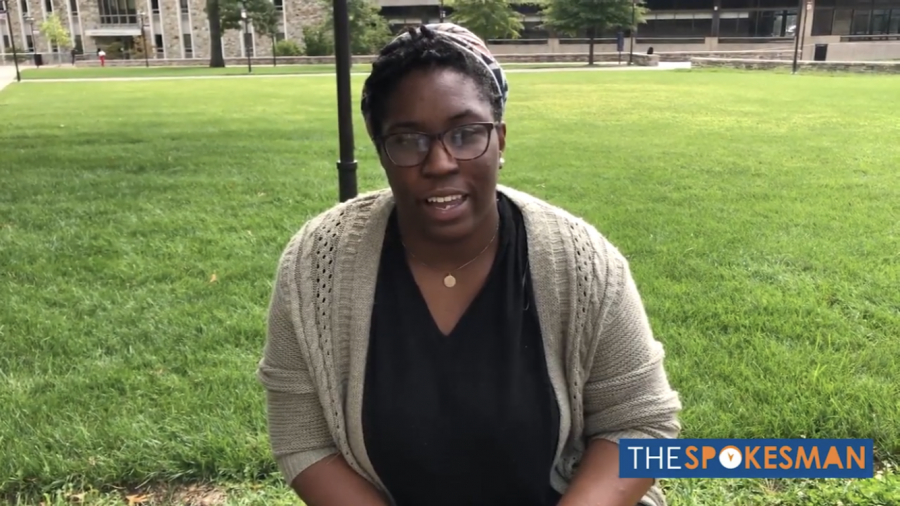 Sociology major Malaika Geffrard expresses what 9/11 means to her on the academic quad.

On this day, 18 years ago, America experienced the devastation that forever changed the country—the terrorist attack on Sept. 11, 2001.

Described as the nation’s worst act of terrorism, the attack on the World Trade Center and The Pentagon left more than 2,000 people dead.

Almost two decades later, America continues to mourn the lives lost, the ones forever affected and a nation that will never be the same.

On the 18th anniversary of the attack, Morgan students and faculty expressed what 9/11 means to them.