Sony and Disney split: what it means for the future of Spider-Man

Spider-Man is 'far from home' 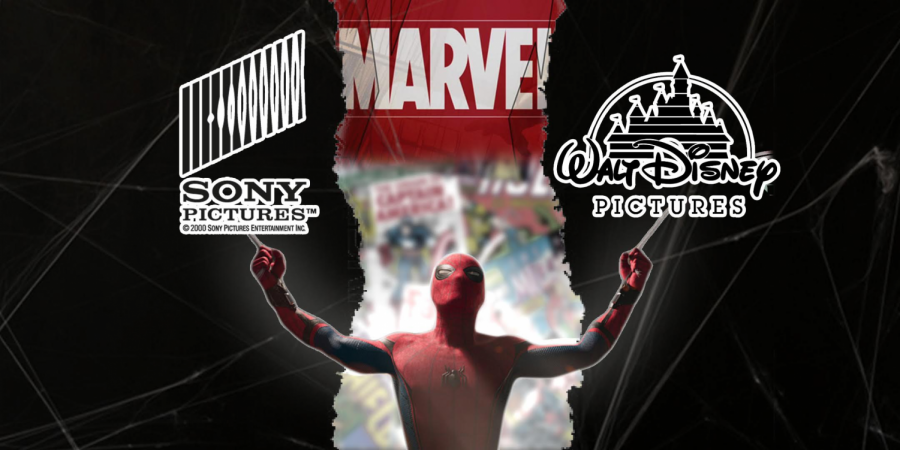 Fans should not hold their breath in hopes of Spider-Man’s return to the Marvel Cinematic Universe anytime soon because according to Sony Pictures chairman Tony Vinciquerra, “For the moment the door is closed.”

This statement follows the split that shook Marvel fans across the country when news broke Aug. 20 that Disney ended its four-year partnership with Sony thanks to a financial disagreement of the billion-dollar franchise, Spider-Man.

Several years ago, Marvel Studios and Sony struck an agreement: Under the rights of Sony, Marvel president Kevin Feige would produce Spider-Man films.

The 2015 deal made it clear Disney would have the distribution rights and creative control of the franchise, while Sony would reap the majority of the franchise’s revenue.

Three successful crossovers and two solo films later, Disney sought to renegotiate the distribution of funds within the terms of their agreement. As a result—the company lost the rights of Spider-Man completely.

Jason Johnson, political science and communications professor, described the ordeal as an “example of two mega cooperations posturing in public.”

Sony released a statement that said they were disappointed and placed the termination of the partnership in the laps of Disney.

In a statement provided by The Hollywood Reporter, Sony said they were disappointed that Feige would no longer act as the lead producer of the franchise. However, the company understood with Disney’s many responsibilities, he would not have the time to properly invest in the character’s films.

“Kevin is terrific and we are grateful for his help and guidance and appreciate the path he has helped put us on, which we will continue,” Sony said.

Feige and Tom Holland, who stars as Spider-Man, responded to the elephant in the room at Disney’s D3 Expo in August.

“It was never meant to last forever,” Feige said. “We knew there was a finite amount of time that we’d be able to do this, and we told the story we wanted to tell, and I’ll always be thankful for that.”

Holland approached the matter with a sense of optimism for the unknown.

“The future for Spider-Man will be different,” Holland said. “But it will be equally as awesome and amazing, and we’ll find new ways to make it even cooler.”

As MSNBC’s political commentator and political editor of The Root, Johnson is aware of propaganda tactics and belives the public disagreement was to pressure the separates company’s executives in a swift agreement and negotiate for the best deal.

“There are various examples of this in recent years, the Spider-Man story just happens to be the most recent because of the success of the Avengers franchise films,” Johnson said. “Just a few years ago there was a huge fight between AMC and DirecTV. The question was whether or not DirecTV was going to continue to carry AMC and what the compensation package would be between the two.”

Johnson said the satellite distributor, DirecTV and television station, AMC ran separate commercials for weeks. Their intent was to inform its viewers that if a deal was not reached AMC’s “The Walking Dead would no longer be televised on DirecTV.

The result: both companies reached an agreement and avoided the termination of their partnership.

This is the outcome Marvel fans hope for.

Fans witnessed the debut of the partnership in 2016’s “Captain America: Civil War” with the first-ever appearance of Spider-Man in the Marvel Cinematic Universe.

Jalen Cheeks, a multi-media production major recalled the feeling of astonishment when she witnessed the scene of the character’s debut on the big screen.

“I flipped out,” Cheeks said. “Finally Spider-Man was in the Marvel Cinematic Universe and most of us Marvel fans have been waiting for the chance to see him shine with the rest of the heroes.”

Several celebrities affiliated with Marvel spoke out about the abrupt split. Ryan Reynolds and Jermy Renner, Marvel’s Deadpool and Hawkeye added to the conversation via social media.

You can. But you can only see it in my heart.

Hey @sonypictures we want Spider-Man back to @therealstanlee and @marvel please, thank you #congrats #spidermanrocks #🏹 #please

“Avengers: End Game” Benedict Wong broke his silence Sep. 6 during a Q&A at FanX Salt Lake Comic Convention with a humorous response to the rather tense news. The actor portrays Marvel character Doctor Strange’s sidekick and has starred in two films with Holland’s Spider-Man.

“Whatever is going on, it’s almost like ‘Why are mom and dad arguing? They had something beautiful together,’ Wong said. “We’ve got to do it, for the good of all of us.”

It is important to note the entire ordeal circulates after the conversation about the potential production of “Spider-Man: Far from Home,” the third movie in the franchise’s trilogy, as well as solo and cross over films that were set to include Marvel characters.

“I can’t believe that Marvel and Sony are being so childish about the money and who has what rights…they need to realize this is bigger than them and come to an agreement,” Cheeks said.