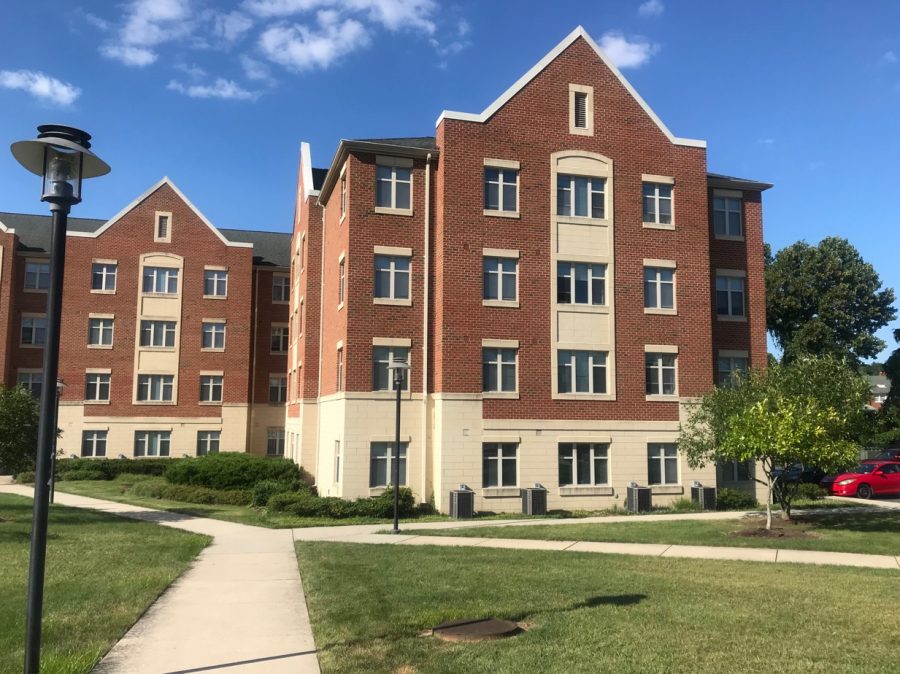 The Morgan View is an off-campus student housing complex that sits on Pentridge Road.

Unlike the majority of her friends, multiplatform production major Maliha Walthall spent the bulk of her freshman year in a dorm with three other roommates in Blount Towers.

“They put four of us in a room,” she said as she remembered the difficulties of navigating a living space meant for two people. “It was a mess.”

This was a result of an influx of freshman students admitted into the university last year causing a shortage in on-campus housing. To their dismay, a handful of students had to share a room with more than one roommate.

Because of last year’s housing experience, Walthall was looking forward to spending her sophomore year in a Morgan View apartment and having her own space.

When she attended her first town hall meeting, however, she did not expect the announcement of new IDs for Morgan View residents.

Residents were shocked when they were asked to line up to get their photos taken at the end of the Aug. 26 meeting.

“I was wearing like gym clothes and I wasn’t really prepared to take a photo at the moment,” she said. “Nobody was ready.”

Morgan View officials described the IDs as an additional safety precaution that will mirror the Morgan BEARcard with a photo of the Morgan View resident and their name printed on the card.

Over the past three years, Morgan View has experienced a series of violent events and the university has experimented with how to respond.

In 2016, Gerald Williams, a junior multiplatform production major, was fatally stabbed on the sidewalk outside of the complex. Last year, Morgan police received a call reporting a possible shooting within the apartment complex, no one was injured.

In a video addressed to the Morgan community, Wilson said that Morgan View ID cards are anticipated to be completed “within the next six to eight weeks.”

In the meantime, additional security has been added to Morgan View grounds including officers of G4S, an American and British-based security services company.

According to Prince Johnson, the security site supervisor for G4S, the security staff was initially debriefed on the new IDs two months ago. He said the new cards will help security easily identify Morgan View residents and distinguish them from visitors as they drive into the complex.

Currently, all residents have to do to enter the complex is show their key fob to the stationed security guard, but Johnson said that non-residents have taken advantage of this method by showing old or lost key fobs to security.

As of right now, Johnson does not think the new cards will be scannable but said security plan on using facial recognition, ID photos and a list of current residents to identify students.

He added that guests who are not occupied by a resident will have to wait at the entrance until a card-holding resident is present to sign them in.

Walthall is not convinced that the new cards will improve the safety of Morgan View residents.

“There’s really no reason for it,” she said.

For her, having to carry both a  BEARcard and a Morgan View resident card will be a nuisance.

“It’s going to be kind of annoying having two different cards.”