A Morganite’s life is remembered 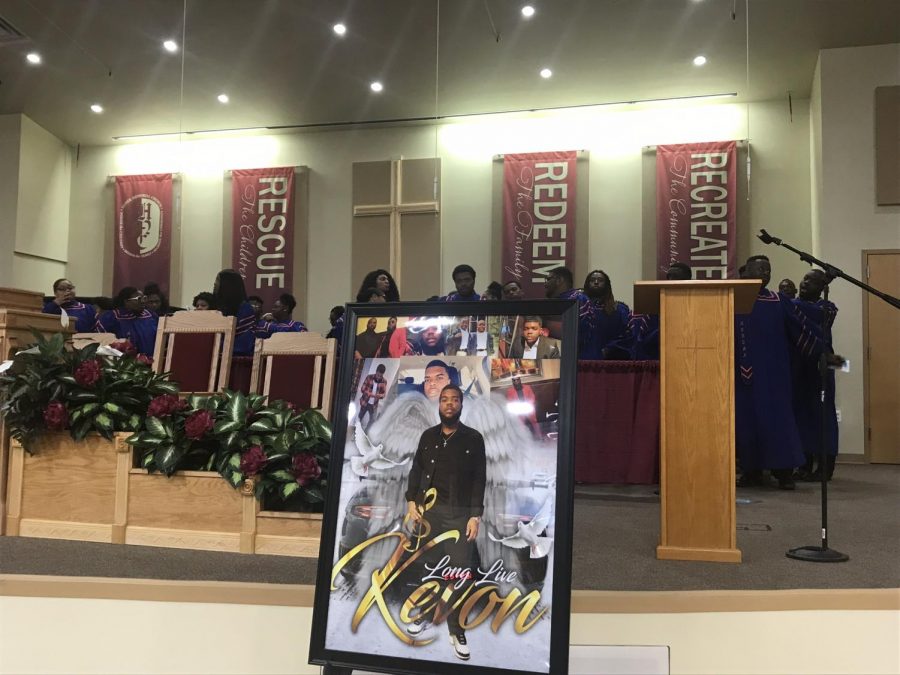 Funeral services for the fallen Morganite Kevon Darian Dix were held Friday, May 3, for the celebration of his life.

At Morgan State University, Dix was a senior in the school of James H. Gilliam, Jr. College of Liberal Arts with a focus on voice performance, and he planned to graduate in December. Dix was born August 25, 1997, in Baltimore, Maryland, and passed away April 24, 2019.

He survived by his parents, brother, grandparents, extended family members, friends, and the Morgan community.

The public viewing and funeral services were held at the Huber Community Life Center and were open to all who wanted to pay their respects to the family and honor his life. His celebration included a slideshow of pictures with friends, family, and others.

Dix was a member of Morgan’s esteemed choir and at his service, the same classmates he once sang with were performing a collection of worship songs while also mourning the loss.

His life was recognized by many including Elijah Cummings and Maya Rockeymoore who sent prayers to the family. There was also a proclamation from the state of Maryland extending their sympathies, and Dix worked with the Maryland State Department of Transportation as a toll collector.

Tanya Rush, Vice President of Student Affairs, presented and read a proclamation on behalf of President David Wilson who was unable to attend the service.

“The Morgan State University community and I wish to extend our heartfelt sympathy during your hour and our hour of bereavement in the recent passing of Kevon,” said Wilson in a note to Dix’s family.

The service had its message led by Bishop Dwayne C. Debnam who shed some light on the harsh reality of Dix’s death.

“Young, bright, talented, full of potential…these are some of the words many of you would use to describe Kevon Dix…Everyone knew he would do great things in his life,” said Debnam. “We’re here because too often in our city young men lives are ending too soon. We’re here because violence is on the names of young men whose futures appear to be very bright and valued.”

He emphasized when the unexpected becomes your reality and the state of young people.

“We’re living in times where the new norm is young people not living to see their dreams come true,” said Debnam.

Dix was buried with a tassel purchased by classmates and a Morgan blanket that his mother placed in the casket before it was closed.

An anti-violence candlelight vigil was held in the academic quad at Morgan Monday in his memory where students reflected and prayed as a community.