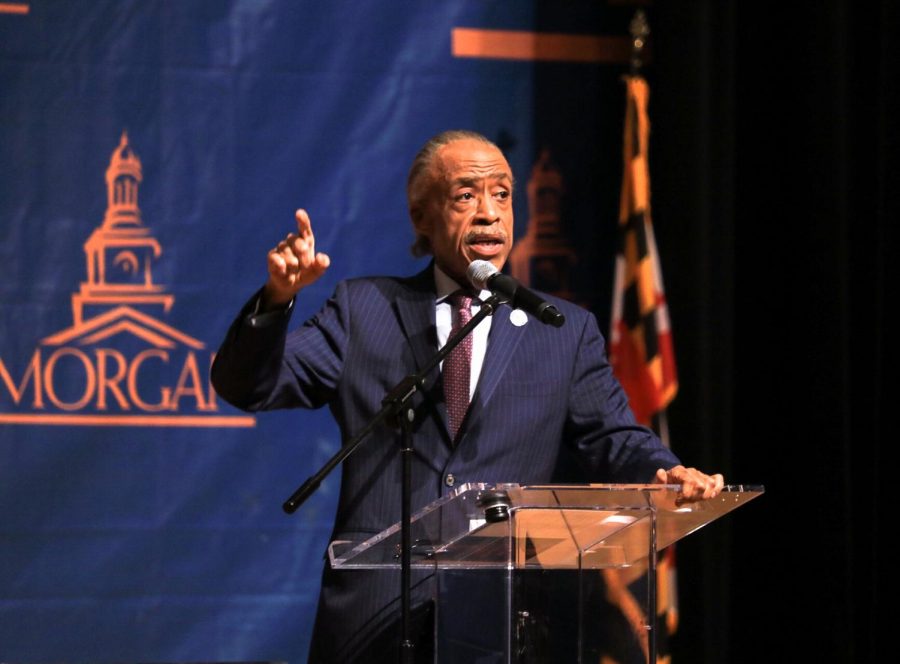 For Morgan State University students seeking to defend and advance the rights of Black people like Reverend Al Sharpton does, they should join the National Action Network.

Sophomore entrepreneur major, Chukwuma Ukwu, asked “what can a young brother in this room do right now if they wanted to work with you further?”

Amid the laughter from the sea of folks dressed in navy blue suit jackets, black ties and glasses, Sharpton told Ukwu to “involved and join the local NAN chapter.”

Sharpton joined the Morgan community as a guest for the President’s Distinguished Speakers Series to discuss the state of civil rights advocacy under the Trump administration. 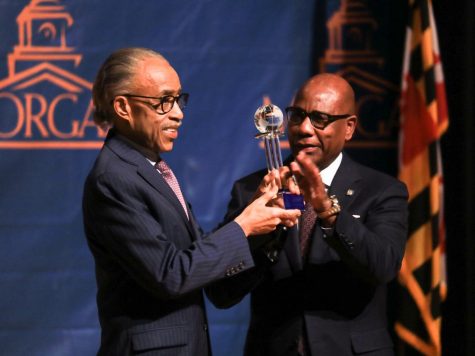 As the founder of NAN, Sharpton began the civil rights organization in 1991 in to promote the fight for modern civil rights.

During the conversation, Sharpton cited a moment in history when he felt Trump took a side on a “race case” commonly known as The Central Park Five

“Still today, there is a structural race gap in this country that has yet to be closed, and the challenge of our generation is to close that gap,” said Sharpton.

Members from the crowd agreed with the keynote speaker and shouted phrases like “preach it brother.”

Ukwu motivated by Sharpton’s word, left the conversation encouraged to continue his own advocacy work through his clothing brand –– V.I.S.I.O.N.

He explained that his apparel stands for a more “vivid, informative, system, inspiring our nation.”