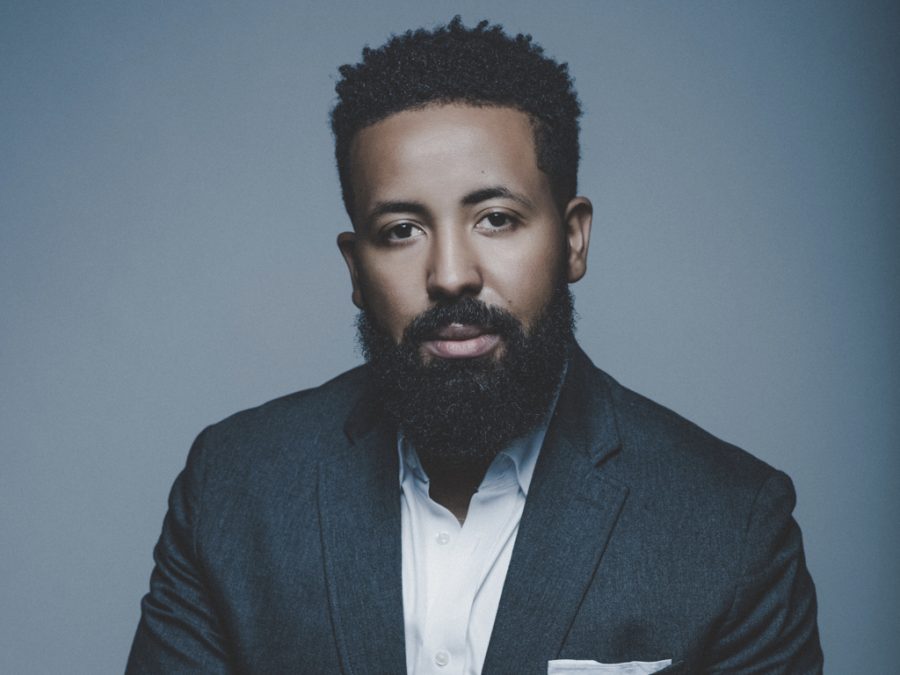 “A blonde, blue-eyed experience may not be my experience. They may not be concerned with the things I’m concerned about,” said Johnson, who was named one of The Roots 100 most influential African Americans in 2017.

Although raised in Baltimore, Kent Johnson spent a great deal of his adolescence in San Diego, California. It wasn’t until undergrad that he made his way back to Baltimore, to attend Morgan.

When asked to describe his undergrad experience, Johnson laughed and said, “Unforgettable but if there was one thing I could change, it was that I worked too much,” he explained.

During his undergrad years, Johnson learned the sense of hard work and diligence, graduating with a 3.2 grade point average and earning a bachelor’s degree in English.

Johnson’s sense of being self-grounded led him to teach English in Baltimore City Schools after graduation, but after two years, the city’s depressive state pushed him away.

“I got frustrated with Baltimore. I didn’t feel like the city valued education enough,” he said. “It seems like whatever I did I was always in a stage of exposing people to something.”

Johnson is also the host of UNGENTRIFIED, a podcast dedicated to the coverage of current events and topics related to the black community that otherwise doesn’t get the coverage it deserves.

He recalled his most recent episode, an African American man who’s currently in the process of creating a tiny home from a delivery truck, “That’s something that you don’t normally hear black people doing.”

“I’ve always been a fan of podcasts and I looked at the opportunity as a way to combine all my interests of writing, telling stories and advising people in a format that would exist forever,” said Johnson.

“Black and Abroad is a space where people can genuinely enjoy themselves on vacation and fully be themselves, that’s our goal,” said Johnson.

Johnson explained he didn’t know where his idea was going to take him, but also understood that not taking a chance because of fear would mean failure before he started.

“As people, especially in the African American community, we’re so afraid of success that we let our ideas pass forever in our brains instead of attempting and then it dies. Black and Abroad started with $200 and an idea.”

Black and Abroad has worked to form connections with international business worldwide and within the last six months, the company has been in collaboration with HBCUs study abroad offices.

Johnson’s efforts to remain active in the Morgan community are apparent with his connections to the resource center as it relates to Black and Aboard’s internship opportunities. His partnership with The Office of Study Abroad and his overall attitude to provide resources in efforts to effect change within his community.

“I’m really adamant about people believing in themselves and not being afraid of success. We are so afraid to fail that we put aside the idea that we may actually be successful,” said Johnson.