Recap of the Frederick Douglass Convocation 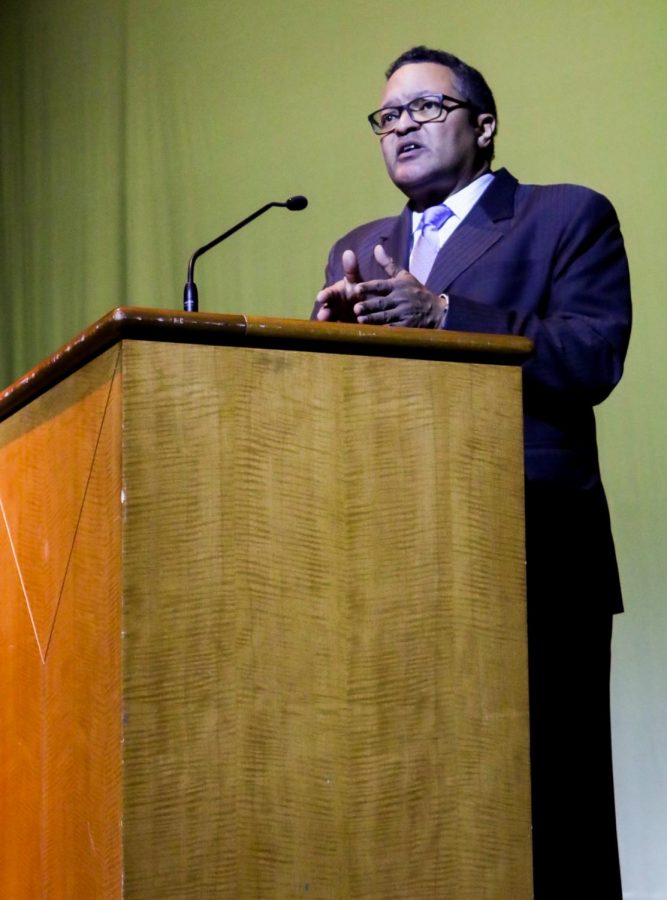 On Thursday, Valentines Day took place but so did the annual Frederick Douglass Convocation at the Carl J. Murphy Fine Arts Center hosted by the Student Government Association’s Senior Class.

This convocation held every year during black history month where the university welcomes an important figure in the black community. Kenneth B. Morris Jr., the great-great-great grandson of Frederick Douglass, was this year’s guest speaker.

Morris Jr. began with the intention of leaving attendees inspired through the stories of his ancestors.

During his Keynote speech, he also emphasized how influential his great grandfathers are.

“Every time I tell people what my relationship is to my ancestor not only it is a mouthful trying to say all of those greats, but it sometimes makes me feel far removed.”

He continued by sharing some family stories about his connection between Douglass and Washington.

Oladipo Adeuyan, graduating senior and biology major, shared his thoughts on the convocation.