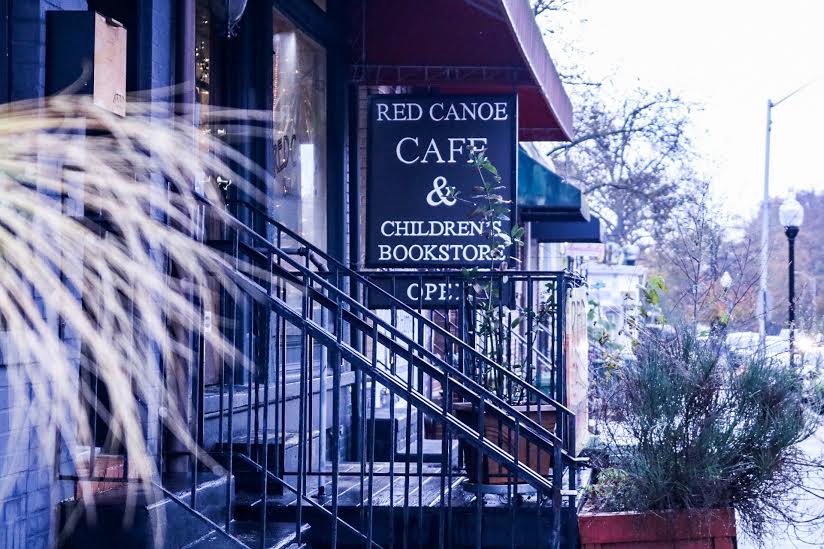 Voters found a safe-haven from the early morning storms—and a hot cup of Zeke’s Coffee—at the Red Canoe Bookstore Cafe, which made the equivalent of their Monday sales within three hours of their doors being opened.

“Our numbers [ this morning] currently match what are numbers were towards the whole day yesterday,” said Red Canoe employee and Morgan graduate student, Mary Selsor.

Selsor intended to vote after the conclusion of her shift. Red Canoe was one of the few small businesses open on Harford Road. Other businesses in the surrounding area were not fortunate enough to receive the same profit outcome because they were closed. Among the closed businesses was — a popular dining spot for Morganites—Taste
This and Donut Alliance.

Maryland voting stations opened at 7AM and will close at 8PM. Intermittent increments of rain fell from the crowded gray sky brought a dreary start to the
important day.

The two major candidates of the Maryland midterm elections were Ben Jealous and Gov. Larry Hogan.

The Baltimore Fire Department on Harford Rd and Moravia Rd served as a voting station for Baltimore City voters. Jenifer Agnes, a volunteer at the Harford voting poll, expressed frustration with Democratic voters.

“I feel like, in this election in particular, everyone is just voting for Hogan because he is the incumbent,” said Agnes. “I think Democratic voter turnout has been awful in the last several
years as a whole…I think it’s important if you’re a Democrat, if you don’t vote then your voice doesn’t matter.”

Agnes considered the poor weather conditions as reasoning for the low voter turnout in the morning.

“I don’t know if [the weather] is stopping [voters] but I think it’s delaying them,” she said.

“The weather isn’t going to keep this voter from turning out…I did the sample ballot ahead of time so I knew and had a chance to study the questions and figure out what I was gonna vote on,” she said.

While early morning poll occupants were predominantly elderly men and women, as the day progressed, the voting majority shifted towards middle aged voters and college students. One of these students included Morgan’s own, Miss Morgan State University, Brittany Dorsey.

“I wanna make sure I’m exercising the right my ancestors fought for,” said Dorsey. “I know the midterm election is very serious because the more local elections impacts more.”