Morgan loses to Bethune-Cookman in a close game 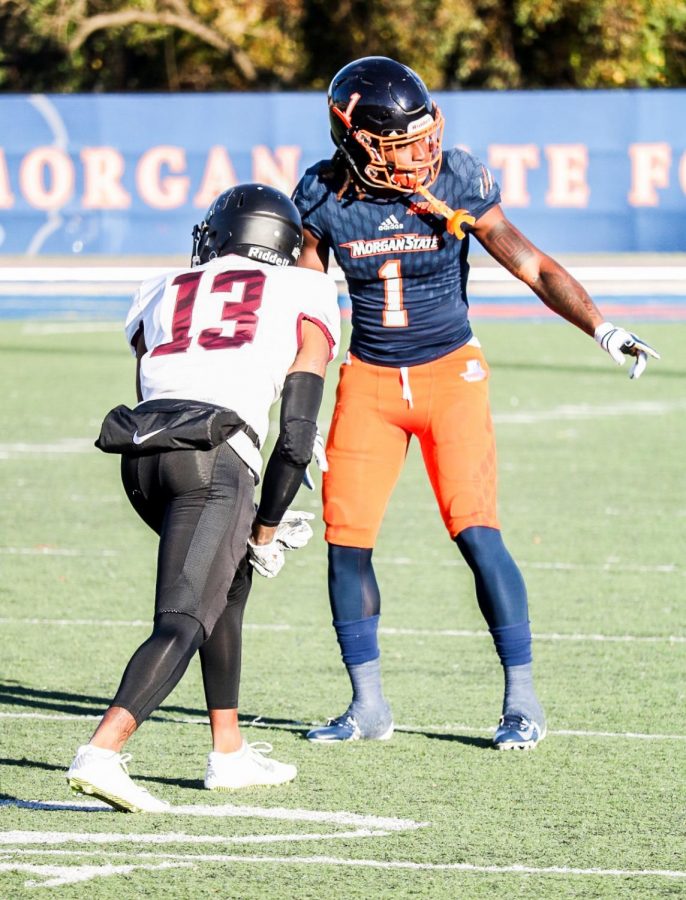 The Morgan State Bears (2-6) lost to the Bethune-Cookman Wildcats (4-5) at Hughes Stadium on Saturday afternoon.

Morgan started the game with three consecutive penalties on their very first possession.

Another delay of game penalty would halt their second drive, forcing a punt.

After a great punt by punter Javaunie Francis (No.39) for the Wildcats, the Bears would start on their one-yard line.

After another penalty, the Wildcats were able to penetrate the Bear’s offensive line and force a safety.

Although the Wildcats barely passed the ball, running the first half provided a leg up over the Bears. 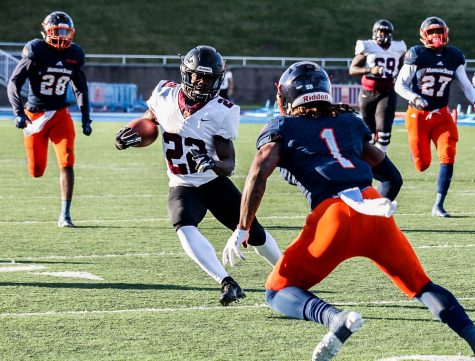 Jimmie Robinson (No.22), gashed the Bears defense two times for 60-yard runs and two scores. Robinson finished the first half with five carries for 127 yards and two touchdowns.

Even with Robinson running wild, the Bears kept fighting after a switch at Quarterback halfway through the first quarter.

Morgan found their offensive rhythm by throwing to receiver Manasseh Bailey (N0. 13). Bailey would score late in the 1st half allowing the Bears back in the game, breaking the Wildcats lead in half, 8 to 16, right before halftime.

In the third Quarter, Harraan Ransom (No.14) would secure an interception after a tipped pass from the Wildcats quarterback, Jabari Dunham (No.9).

The Bears were not able to put a drive together after the Wildcat’s costly interception.

Robinson took off on a 62-yard run to give Bethune Cookman a 23 to 8 lead. At 7:13 left in the third quarter Robinson had 8 carries for 202 yards. He also caught a screen pass for a 60-yard score but that was called back due to a holding penalty.

Morgan quickly answered with a 52-yard run by wide receiver William King (No. 22). The drive would be capped off by a touchdown run by quarterback Dion Golatt Jr. (No. 16), bringing the score to 23 to 14 with 5:01 left in the third quarter.

By the end of the third Quater, the Bears drove again for another score and Bears quarterback Golatt would make a 15-yard pass to receiver Daylen Baldwin (No. 85) for a touchdown.

The Bears would not convert on their 2 pt. conversion due to a penalty, but cut the led to 21 to 23 score.

The Wildcats would score a touchdown with 8:33 left raising their lead to 30 to 21

With a little over eight minutes, Morgan would drive down the field and the Bears quarterback Golatt would throw another touchdown pass to receiver Xavier Gravette (No. 80), lowering the lead to a score of 28 to 30.

The Bears would played defense on the following drive forcing a three and out.

After a kick-catch interference call on the Wildcats, the Bears drive would start on the Wildcats 49-yard line but the Bears couldn’t put together a good drive, after a sack on third down, they were forced to punt.

Morgan’s defense forced a punt with one minute left in the game.

Bethune Cookman would force an interception sealing the victory for the Wildcats.

Morgan played well and fought hard but the penalties and the safety were too costly for the Bears.  The Bears would play again next Saturday, against Delaware State at Hughes Stadium at 1:00 pm.