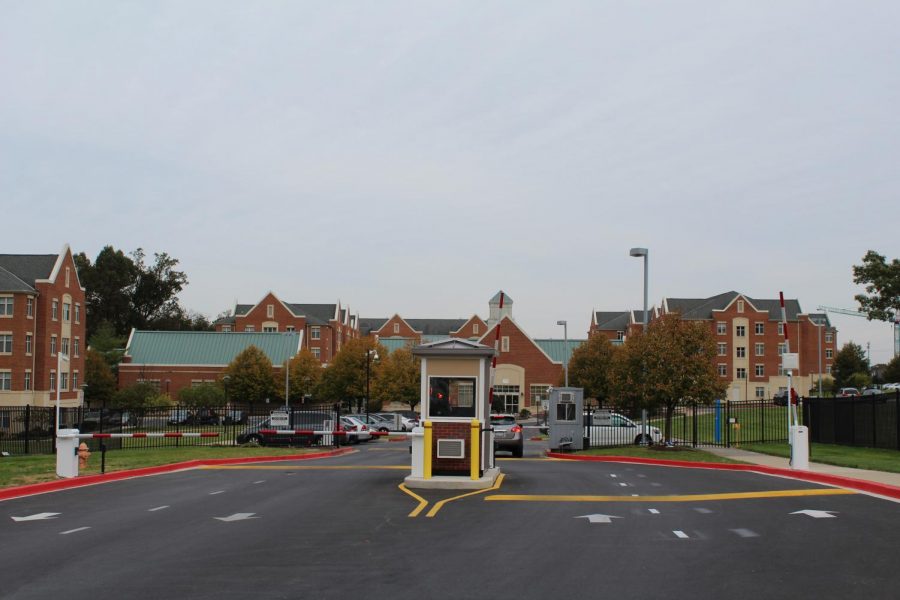 Morgan View sent out an announcement that stated, “For the safety of the Morgan View community, we have added some additional speed bumps to prevent pedestrian and vehicular accidents in the parking lot.” 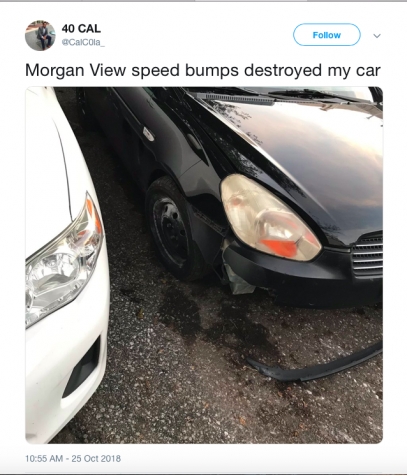 After first being situated along the curves of the one-way parking lot, only the first of the three speed bumps has since been cut down.

Residents are no longer able to roam on different floors of buildings without using their fob key, nor can they enter the two gates located in the front or back without their key fob.

“We only want the folks that live here to be able to go any place in the building,” explained Kelly Bollinger, the regional manager of Morgan View.

“They are responsible for us so that’s why they feel like they have to put all that security equipment in there,” explained senior Aleah Harris, who has lived in Morgan View for a year.

Harris stated that she believed security might be linked to the shooting in building 1540 last spring semester.

In addition to the increased use of fob keys to gain access to different floors of the building, the side doors of the buildings will be exit only, all entries must be made in the front. If a student had an injury that accommodations will be “on a case by case basis” Bollinger stated.

Parking also has become an increasing problem as there aren’t enough spaces for all residents that reside in the complex.

“It’s already bad parking because there are so many people that live there,” stated Harris regarding the side doors being inaccessible from the outside.

To keep residents safe on the parking lot, more speed bumps are being put in to avoid accidents.

“Safety is a huge concern,” assured Bollinger about the security and safety changes.

As the new fob key readers and speed bumps are installed, the new rules are planned come into effect and residents have been notified with signage in their buildings.

Residents have shared their concerns with the new adjustments.

Alexis Hill, a resident and social work major, expressed her views on the new changes.

She also voiced her concerns about the new speed bumps.

“I feel like the speed bumps are necessary but some of them are way too big, the new ones are way too big,” said Hill. “You’re trying to stop one problem by causing another problem.”