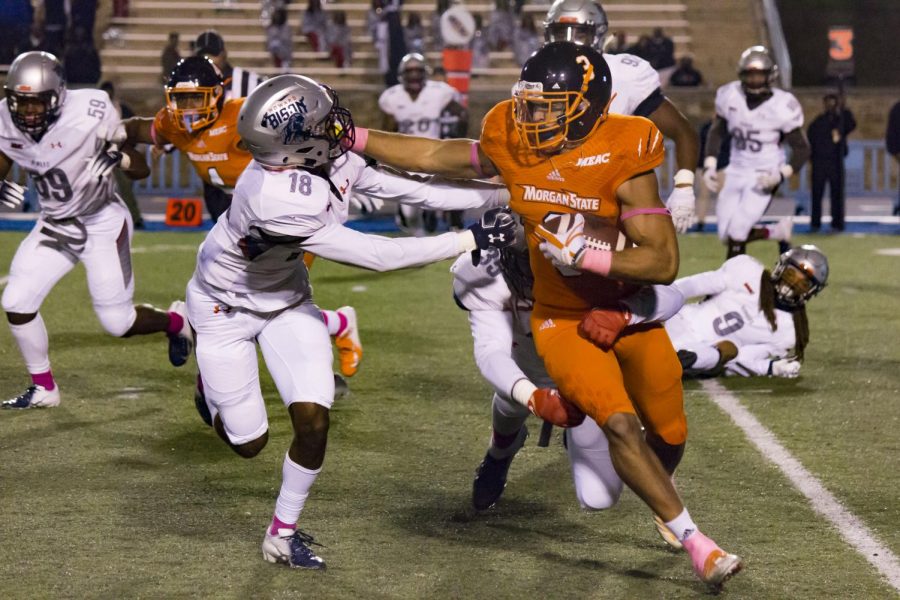 The Morgan State University Bears (2-5) lost Saturday night to the Howard University Bisons (3-3) to the score of 35-26.

Morgan State got off to a quick start in the first quarter after a huge opening kickoff return which led to a field goal and their following possession quarterback, Deandre Harris, threw a touchdown pass to give the Bears a 10-0 lead. But ultimately, they could not keep this momentum throughout the entire game. 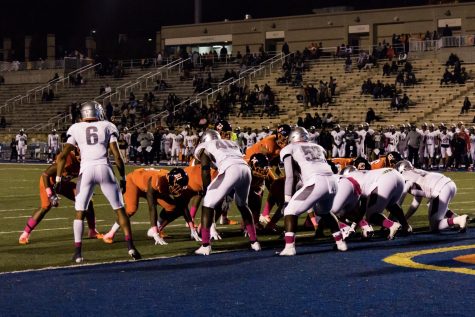 The Bears had a few opportunities to increase their lead as they blocked two extra point attempts, forced a fumble and intercepted the ball twice.

Morgan State also had two crucial stops when they were backed up in their own territory which helped them keep the lead for the moment in the second half, however, they were unable to move the ball downfield and keep the clock running.

The Bears were able to extend their lead after a rushing touchdown by Joshua Chase, but after an official review by referees, the call was reversed because the ball was fumbled out the back of the end zone. This would turn out to be the Bears last chance to score.

The Bisons defense was able to hold Morgan State to only seven points in the second half as they mounted their come back and scored 15 points in the fourth quarter after not scoring at all in the third.

The Bears lone touchdown of the second half came in the third quarter by Harris scrambling for a touchdown to give them a then 26-20 lead.

Howard, on the other hand, began their comeback with a rushing touchdown to put them ahead 27-26.

The Bears would get the ball back to try to regain the lead, however, they were stopped short on fourth and two with less than two minutes in the fourth quarter. 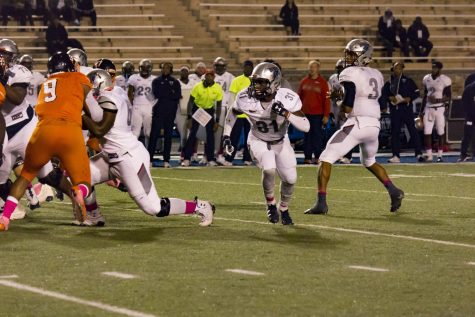 The Bisons would then take advantage of the good field position and rush for another touchdown to give them a 35-26 lead with the addition of a two-point conversion.

The Morgan State Bears will look to put this loss behind them as they travel to Tallahassee, FL to take on the Florida A&M University Rattlers October 27 at 4 p.m.