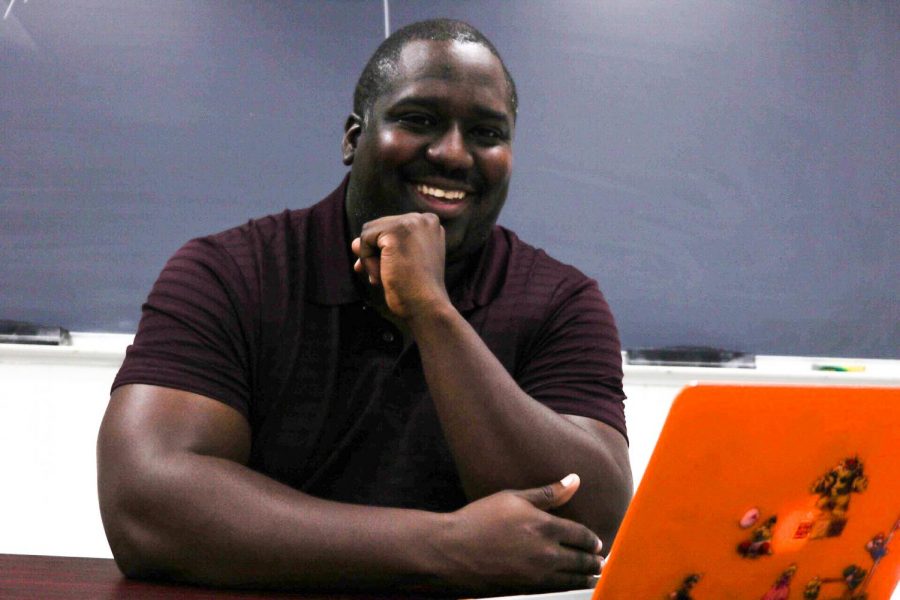 Lawrence Brown, associate professor in the School of Community Health and Policy, at Morgan State University was recognized as one of the most influential African Americans for his work in Baltimore City.

Brown was featured on the Root Magazine’s annual list of the top 100 most influential African Americans between ages 25 and 45. He was placed at number 61 on that list.

Brown is a co-founder of #BMoreLeadFree, a movement that aims to raise awareness on lead poisoning in Baltimore, which originated from students at Morgan State University. Also, influenced by the Baltimore Uprising which indicated the lead poison levels found within the death of Freddie Gray.

The organization began in Baltimore by testing five community gardens and six elementary schools and playgrounds to find out how children are being impacted by high lead levels in Baltimore. #BMoreLeadFree has also partnered with the Environmental Protection Agency to learn more about the science behind how lead affects the body.

Brown, who studies how racism affects public health, was awarded the Bold Thinker award for his activism in Baltimore City by the Open Society Foundation. In 2019, he is set to publish The Black Butterfly: Why We Must Make Black Neighborhoods Matter.

Originally from West Memphis, Arkansas, where some of his extended family resides, Brown moved and was raised in a town outside of Houston, Texas. He went on to study and earn his bachelor’s degree at Morehouse College with a focus on African American Studies.

While he received his master’s in Public Administration at the University of Houston, he observed his professors and realized that he could do what they did.

“I was looking at my professors over at The University of Houston like I could do this. I like talking to people, I like publicly speaking, but little did I realize it’s a lot of work,” said Brown.

He then finished his college matriculation by receiving a doctorate in health outcomes and policy research at the Health and Science Center University of Tennessee, his research addressed the impact of historical trauma on community health.

He moved to Baltimore in 2010 as a Postdoctoral Research Fellow at Morgan State through the Kellogg Health Scholars Program. Not knowing the city at all proved to be a challenge, and he noticed the differences from southern areas he was familiar with.

While adjusting to a busy city, Brown also recalled hearing about Baltimore through the HBO series The Wire. The picture painted in the show was Brown’s first and only impression of Baltimore. Once he arrived, he soon realized that everyone was just living their lives.

Brown’s work in the city has allowed him to meet some interesting characters and prominent figures in the community. Reverend Vernon Dobson, a former Civil Rights activist in Baltimore City, was one encounter that stuck with him.

“I remember one day I was walking around the corner into Union Baptist Head Start, and Reverend Dobson yelled out, ‘Doctor!’ It was my first time meeting him and I asked him how he knew I was a doctor and he told me because of the way I held my bag and the way that I walked,” said Brown.

Brown also mentioned that his connections and relationships he’s made throughout the city allows him to tell stories in lectures and take his students through certain red zones areas in neighborhoods and show them the “Good in the Hood,” and how a boost in community health can’t be achieved without addressing racial equity.

“Equity is not equality, equality is the same, but everyone is not the same. So, we [need] equity to break barriers to get those people who were denied opportunities a chance to get where they want to go.”