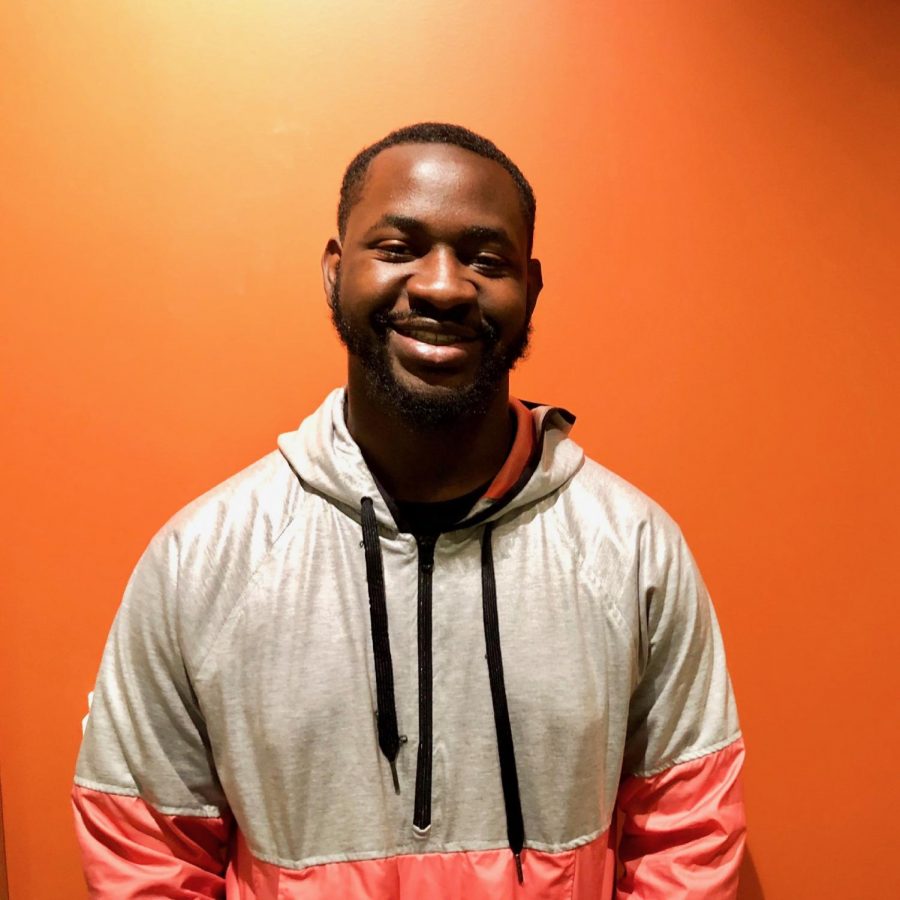 Souvenir Jr. was awarded a three-year financial scholarship of $4,500 and a reimbursement of $1,500 throughout his matriculation at Morgan State University. The award is given to one sophomore student within the program who exemplifies leadership characteristics, in hopes to encourage future architects. The review panel consisted of two representatives of the foundation along with two Morgan State architect professors; one being an associate professor and interim chair of the department of undergraduate design, Professor Suzanne Frasier.

When asked what made Souvenir Jr. the chosen recipient of the award, Frasier beamed with excitement. She explained that he has been watched since the beginning of his matriculation at Morgan and has bestowed characteristics that resemble the qualities of an AIABaltimore beneficiary.

“A lot of freshman and sophomore students aren’t as focused as Courtney is. He’s a fantastic student, a pleasure to teach, comes to class on time and always has his work done. He’s serious, very focused.”

When questioned about his career aspirations, Souvenir Jr. enthusiastically responded, “I want to be a community designer.”

“I really want to develop public spaces like parks, malls and plazas. When people are sitting around and can talk to each other, that’s when the best ideas come forward.”

He explained that although he attends school on a full academic scholarship, the AIABlatimore award will aid in his matriculation at Morgan because materials for projects within his major are paid out of pocket and are extremely expensive.

“Being an architecture major is expensive. Last year I spent a couple hundred dollars on materials alone. I have a project right now that I haven’t started because I needed to get my hands on some money to work on it.”

When asked who he would like to thank for supporting him, Souvenir humbly said, “Where do I start.”

He began by thanking God for all his accomplishments and ended by expressing his extreme gratitude to his parents for pushing him to remain on the right track.

“I really contemplated switching my major to communications [freshman year]. I also want to thank my professors and the studio for helping me grow as the architecture student I am today.”

In addition, Souvenir Jr. is the Media Specialist for the admissions office and the Public Relations Director for the Student Government Association.

He creates the visual content for the social media accounts affiliated with Morgan State University and, as a result, he’s gotten the opportunity to work closely with Student Life and the Campus Activities Board.

“When it comes to [campus] events, I throw myself out there with everything that’s going on. I really love this school and promoting it in a positive light, the media is the best way to do that.”

When asked why he chose architecture instead of media production, he smiled, “Architecture is my first love.”

“[As a child] I would research the buildings I would see. I could tell you the heights and how many floors they had.”

When asked if he thinks there’s room to combine his two interests, he shook his head in confirmation.

“Architecture photography is themed to focus on the elements of a building. So, there’s definitely room for to combine the two passions I have.”

Courtney’s award will be announced at the Baltimore CenterStage on the 19th during the AIABaltimore’s annual celebration of award-winning projects, in the spring. He will be recognized at AIABaltimore’s black-tie affair, at the Fredrick Douglass museum in Downton Baltimore.