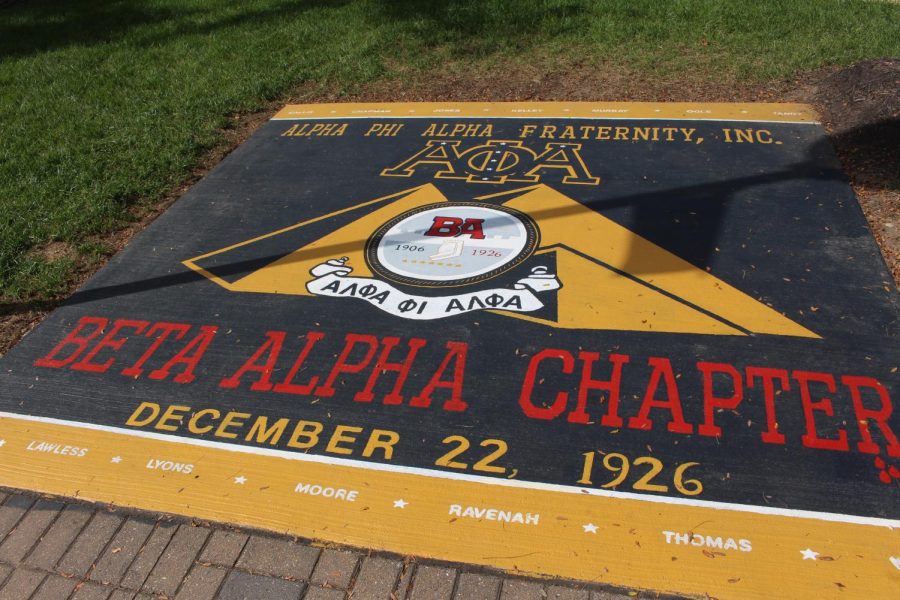 Greek plots have made a return on Morgan State’s campus along the walkway of the University Student Center to the Welcome bridge as of last week.

Just in time for homecoming, the designated areas were completed which gave alumni the chance to gather around for pictures and to share stories of their time in undergrad.

Fraternities, Sororities, and Social Fellowships from both the National Pan-Hellenic Council and the Council of Independent Organizations had the opportunity to purchase a plot for their organizations.

“There are a few who did not purchase plots for the first phase but will do so next time,” said  Natasha A. Lewis-Williams, coordinator of student activities.

This project was one that began years ago with discussion as early as 2008. The most recent plot, prior to this year, was that of Phi Beta Sigma Fraternity Inc., from their 100 year anniversary in 2014.

“I know it has been a long time, (since plots were featured on campus) it’s definitely refreshing,” said Tyrell Caine, a member of Alpha Nu Omega Christian Fraternity.

Caine, like other students, feel that the decorated plots are a good look for the campus.

Greek plots are physical representations of Greek life on a campus. Each organization had to pay for the cement to be placed, which cost them around $800.

After the cement dried, the organizations were then responsible for paying or finding someone to paint the plots. Some organizations paid up to $1,000 to have their area finalized.

Micah Egiefameh, a Morgan alum and former NPHC-MSU section President, gave us his thoughts on the plots.

“I think this (the plot) was a good middle ground between what administration and the Greeks wanted,” said Egiefameh, a member of Alpha Phi Alpha Fraternity Inc.

The plots are permanent structures on the ground, however, all organizations can change the image yearly if they choose to do so.

Williams explained why the Greek plots are back after a long departure from Morgan’s campus.

“Morgan State University never had plots for all organizations. This will be the first time we will have plots for all active Fraternities, Sororities, and Social Fellowships. Previously, organizations had wooden benches, but they did not fit the new aesthetics of the campus as it began to evolve,” said Williams.

Edwin T. Johnson, a member of Omega Psi Phi Fraternity and current faculty member, recalled his undergrad years at Morgan when the plots were on campus.

“Plots were really a significant part of homecoming. What’s significant to members of Greek-lettered organizations is that their prophytes, the people who initiated them into the organization, are coming back to campus during homecoming,” said Johnson.