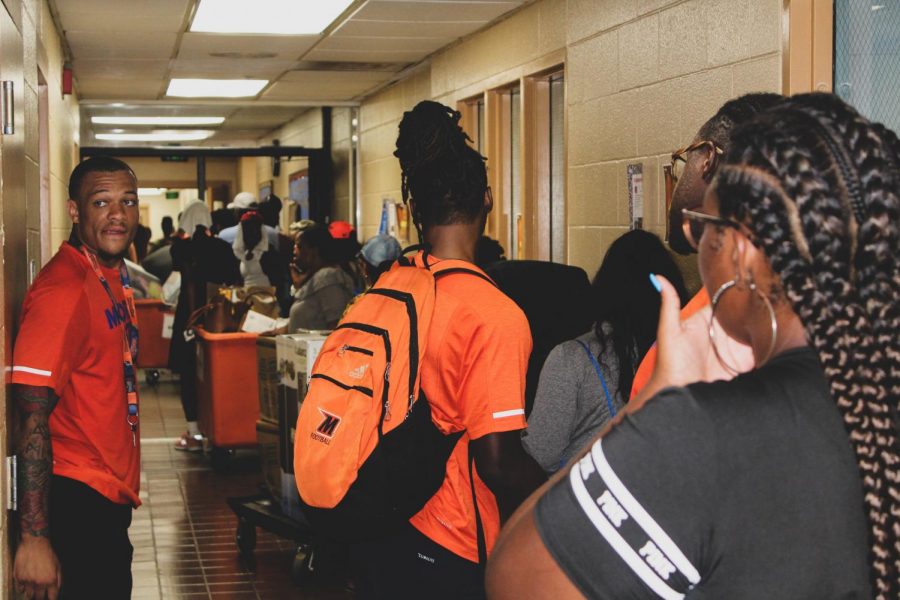 As incoming freshman gear up for their matriculation at Morgan, some students are experiencing a common issue as last year’s class with housing.

The class of 2020 is said to be Morgan’s largest freshman class, welcoming over 1,200 students to the university.

Last year’s over-enrollment resulted in some students being housed in hotel rooms and transported to and from campus in shuttles. In an effort to avoid hotels this year and keep students on campus, dorm rooms have been tripled and will now have three students to a room.

“The data shows that students who live on campus that get involved persist at a higher rate than those who don’t and so we made a conscious decision to triple rooms,” said Vice President of student affairs, Kevin Banks.

“But the reality of it is that we’re going to have to embark upon new construction for facilities and Dr. Wilson has just announced that we are in the process of doing that and get approvals from the board of regents to do that. But that’s going to take a couple of years for us to get there.”

For some students, the room triple might not be necessarily a bad thing. The split comes with a 30 percent discount off the cost of living. This equates to roughly $1000 off.

Surprisingly, this problem is not exclusive to just Morgan. Other HBCU students have also spoken out about their concerns with over-enrollment on their campuses and how their university had to resort to hotel housing.

The university is also exploring different housing options for continuing students. Besides Morgan View, upperclassmen may have the opportunity to live in nearby apartments such as Kensington Gate, Oakwood Apartments or Wellington Gate Apartments as they’re being secured and analyzed.

As of now, 150 students remain on the waiting list and in search of housing as classes are scheduled to start August 20th. While rooms in Rawlings and Blount have been tripled and alumni houses and council rooms have been utilized, there is still a chance Morgan may have to take a look at the Raddison Hotels.