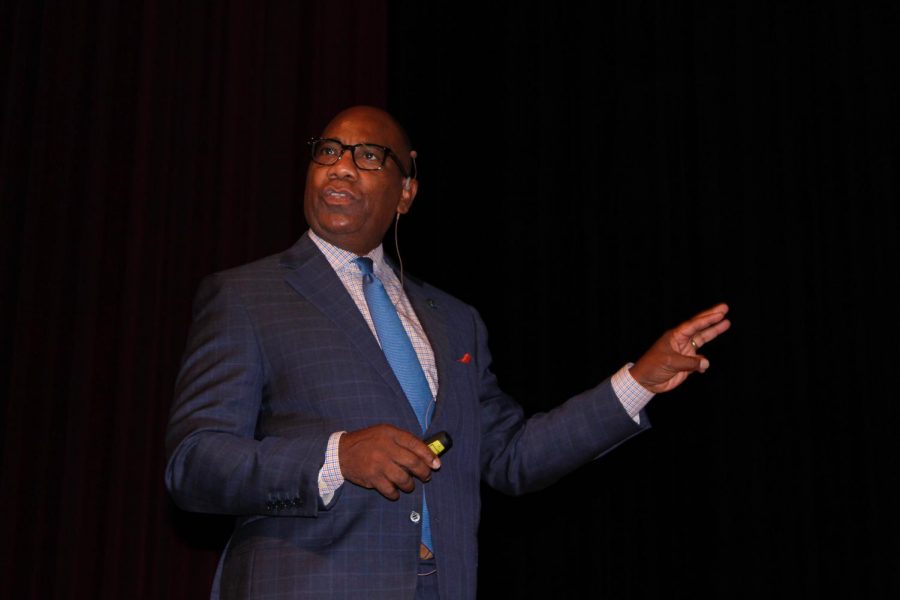 In his annual State of the University Address delivered at the fall 2018 Faculty and Staff Institute, Wilson said he will seek approval at the fall Board of Regents meeting to fund three to four units of dormitories, while demolishing the three-building Marshall complex, which houses upperclassmen on the south end of the campus.

After the board’s approval, the plan would likely require funding from the state legislature and approval from the governor.

In addition, Wilson, who begins his ninth academic year at Morgan’s president, said the university will lease 518 units at the nearby Marble Hall Gardens housing development.

The housing construction comes as a response to an increase in school enrollment, as the school anticipates what Wilson described as “the largest incoming freshman class in Morgan’s history,” for the coming 2018-19 academic year, which begins Aug. 20. Enrollment last year rose 8 percent, Wilson said.

Last year, some incoming freshmen were temporarily housed in nearby hotels and shuttled to campus, as the university could not immediately accommodate them.

During the 90-minute address to the university’s faculty and staff, Wilson acknowledged the progress under his administration. But, the real growth, he said, is being measured through the expansion of housing caused by the increase in retention.

“After completing a market study, MSU found that for every 1,000 incoming freshmen, we can plan on an average 750 students to return as sophomores,” said Wilson. “We are not satisfied with (the retention rate) being in the mid-70s, but we have come a long way. ”

Wilson heralded the school’s plans to “increase diversity among the students,” saying 24 percent of Morgan’s population was non-African American, drawing from 40 states and 65 countries.

The two-day Faculty and Staff Institute, which included university staff for the first time, concludes Thursday with a series of workshops.