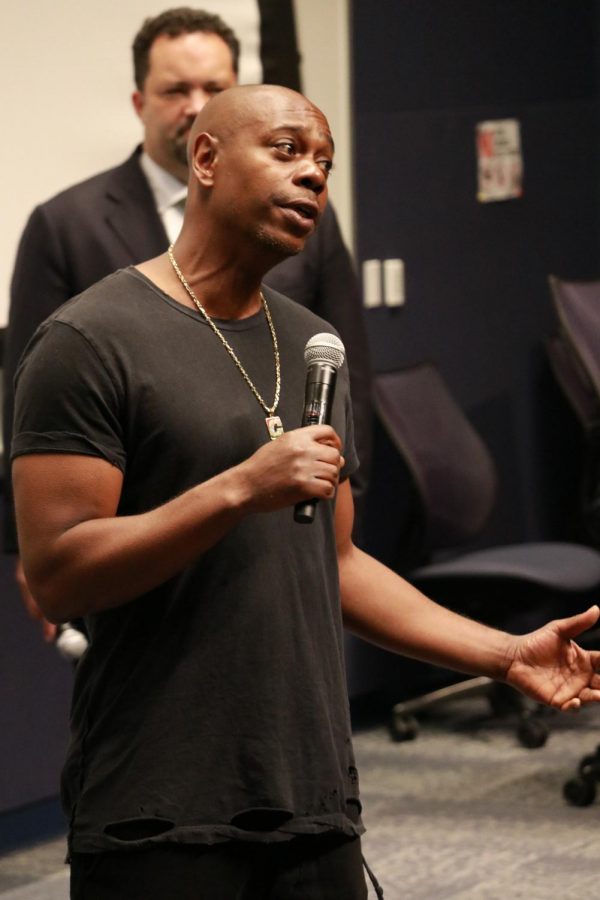 It took something special for Dave Chappelle to get off the sidelines and endorse a political candidate.

That special something is a lifelong bond between the comedian and Maryland Democratic gubernatorial candidate Ben Jealous, a tie Chappelle reinforced during a Saturday rally at Morgan State.

“I’ve never endorsed any candidates. Not even (former President Barack) Obama because he just didn’t need my help,” said Chappelle, as the crowd laughed. “Ben is a very special case because not only do I like what he stands for, we’re close personal friends.”

Indeed, Jealous, one of seven major Democratic candidates attempting to win the nomination in the June 26 primary, jokingly acknowledged that Chappelle had already drawn on their longtime friendship to lobby for a policy change.

“When I am governor we will build a movement in the state and finally legalize cannabis for adult youth,” said Jealous. “And if you’re wondering, yes, Dave is the first person who ever made the argument to me.”

Jealous, the former president of the national NAACP, took a narrow lead over Prince George’s County Executive Rushern L. Baker III in a recent Washington Post poll that showed that 40 percent of polled voters still haven’t decided on a candidate.

Though few Morgan students were present for the rally, the crowd, which gathered in the auditorium of the Earl G. Graves School of Business and Management, expressed enthusiasm for Jealous.

“I believe that we will win,” chanted the crowd as the MC speaker, Akil Patterson, boosted the audience’s enthusiasm for Jealous.

Garrett Harvest, a Morgan alum, said Jealous’ views on education were enough to convince him to support the candidate.

“One of the main concerns I have living in the city is the education for the children,” said Harvest. “One of the things that he touched is he wanted to make sure that money from (casino gambling) is getting into the education. In the past they said they would give it to them (education system), but they never did. Ben Jealous said he’s going to make it happen, so I believe in that man.”

Education was a compelling reason for Ronald Butler to throw his support to Jealous.

“I know that this particular candidate is for schooling and that’s why I’m here for the most part,” said Butler, a Baltimore native. “He’s pushing a lot for schooling, a lot for Medicare, I’ve researched on my own he’s doing a lot for us as a Democrat. He’s trying to get the government involved in that area and on a much higher level.”

“He has a really good plan for making sure we’re not being put in debt but also getting us the education that we desire. That’s what really brought me out.”

During his remarks, Jealous pledged to devote state resources to reduce crime in Baltimore City.

“If I am committed to anything it’s to make sure that all our young people are safe, and that we end this scourge of killing in our city,” said Jealous.

However, the star of the afternoon was Chappelle, who said he considered Jealous like family since their fathers were best friends.

Chappelle concluded the rally with the words “Ben, you’re a soldier and I’m rocking with you.”

Early voting begins June 14 and continues through June 20. The winner of the Democratic primary will face Gov. Larry Hogan, who is running unopposed in the Republican primary, in November’s general election.