The Bears Aren’t Done Yet! 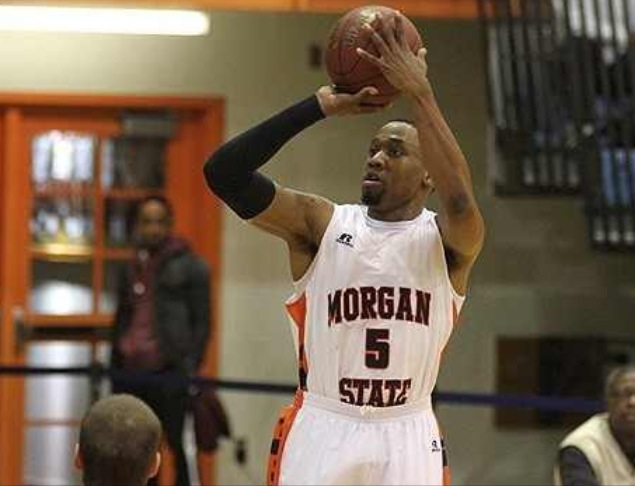 The pace of the game at the beginning of the first quarter was in Delaware State University’s favor as they propelled to an early 8-4 lead.  However, the Bears viciously fought back to take control of the game!

“The Bears deserve this. If they stay focused and play their game they’ll end with the win,” said Lamont Germany, commentator for Heritage Sports Radio Network, during the first half. Key efforts from the Bears’ big men aided in the abrupt turnaround.

Forward Shaquille Duncan dominated the paint on both sides of the floor with 11 points, 4 blocks and 1 steal. With eight minutes left in the first half, shooting guard/small forward Anthony Hubbard hit a three pointer, leading to a double digit lead for the Bears. Going into the locker room at half time and up 14 points at 35-21, the Bears looked unstoppable.

In the second half the Bears led by as much as 21 points! With 10:39 left on the clock, Coach Todd Bozeman slowed the offense down, and allowed the bench to play. The crowd went wild when guards Daon Riley and Rasean Simpon stepped foot onto the hardwood. Though only combining for a total of four points, Riley and Simpson wanted to keep the momentum going by helping to extend the Bears lead to 55-34.

The Bears had the soft touch from the free throw line, ending the game shooting 51 percent from the field while holding Delaware State to only 30 percent from the field. “They’re turning it up out there! It’s exciting, I love it!” said Morgan junior Embry Davis. The Bears’ efficient level of playing earned them eight wins out of their past nine games.

Today, the Bears will play the Florida A&M University Rattlers in the Hill Field House at 5:30 p.m. After this game, the Bears will be traveling to Norfolk, VA to play in the MEAC Tournament.