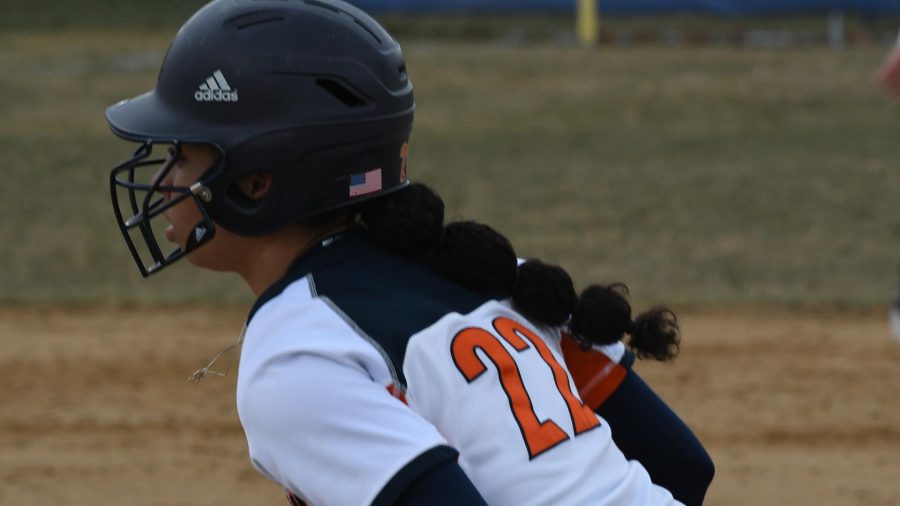 The school’s previous record was 78 but Young was on pace to break the record during the first week of the season when she tallied 70 stolen bases.

She got off to a hot start having a .500 batting average in the first six games giving her the MEAC Co-Player of the week honor in the first week of the season.

“I remember thinking to myself I need one little single or walk or hit by pitch to get on base to steal. Once I got on first base I was saying to myself just slide straight into the bag and you’ve broken the record,” said Young.

Although Young received praise from her teammates and fellow Morgan athletes for breaking the record, she felt relieved when she was finally able to get it done because it was an overwhelming amount of good pressure to break the record.

Young may also have a chance to break the MEAC stolen base record but another record to her doesn’t overshadow what she wants to do for her team.

“Right now I’m just trying to get my stats as high as they can to help my team get as many wins as we can,” said Young. “So I’m not as focused on that one as much as the school one but if I’m getting close to that one too then that’s obviously really awesome.”

“It’s really cool because Amy and I, based on our performance has been put as the pillars of this team, I know we’re the leaders of this team. So the other girls seeing both of us making history makes us feel good about what we’re doing which leads to a lot higher confidence on the field.

So it’s really cool that Amy broke her shutout record and continues to break it every time she has a shutout,” said Young.

26 games into the season Young and the Lady Bears felt they are right where they want to be as they start to play more MEAC teams.

“We’re in a good place because our bats are ridiculously live right now. I think we had maybe a handful of strikeouts in the last five or six games,” said Young. “Our mindset is to go in swinging as hard as we can and the wins will come our way.”

While the team is playing well there is always room for improvement.

“We need to improve on finishing innings. We tend to get nervous when teams get a couple runners on base but we just need to worry about finishing each inning instead of worrying about trying to finish the whole game. We just need to take it one inning at a time, once we do that I think we’ll be fine,” said Young.