Many Mourn the Sudden Death of Morgan Student 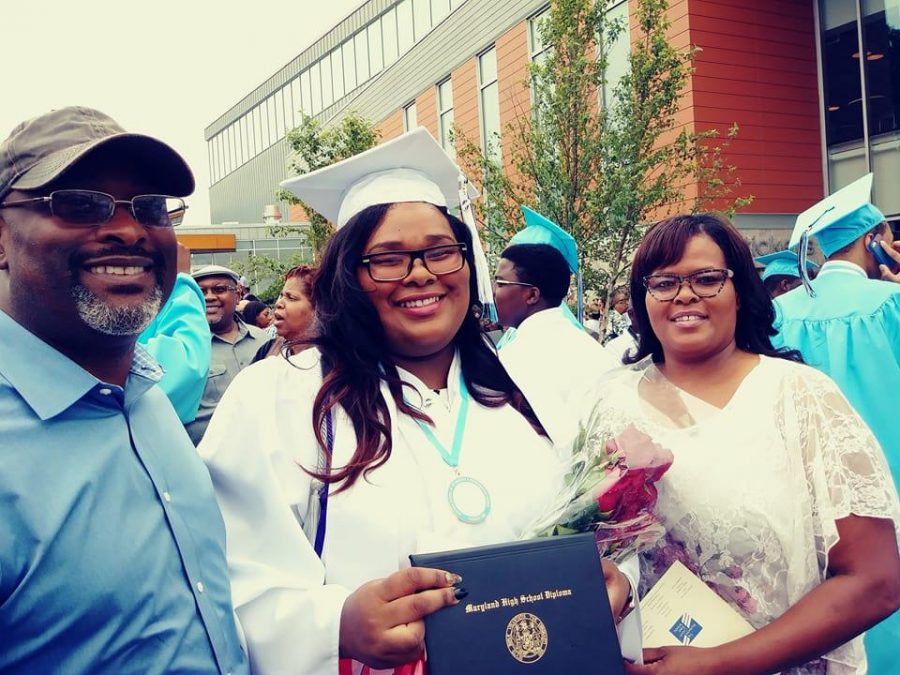 Adara Davis with her parents, Leslie and Latasha Davis.

“One who is beautiful.”

The Greek translation for her name was not limited to her outer appearance but also in the love and care she had for all those who knew and loved, Adara Davis.

“She was not just beautiful on the outside but the main core, the central part of Adara was she was a beautiful person on the inside,” said pastor Leslie Davis, Adara’s father. “Everyone that talks about her talks about that she’s a sweet person, she’s kind, she’s loving, she’s a person that listens and really adores people.”

Even though she had only spent about seven months at Morgan, she still managed to leave her mark.

As a freshman, Adara was her Student Government Association class president, a NAACP student member and an honor student. She was a an engineering student that had a passion for cars.

Before coming to Morgan, Adara was very active in her church, education and work.

At Western Tech  High  School,  Adara  was in the automotive technology program and was ASE certified.

“She had a passion for cars. She might have been the first female to go through her high school’s automotive technology program. So, Western Tech has those different magnets and she was in the automotive magnet,” said Leslie. “So, she was ASE certified like in electrical something… I don’t know nothing about cars but she did. She was certified in that stuff so she could work on your electronic in your car, do brakes, so she was certified in all that stuff.”

Adara also interned for the British Automotives in Columbia, Maryland.

Not only was Adara a scholar, she was also an athlete and played basketball for her high school team.

Adara was also in Studio A’s  scholarship  cotillion  program. The program is for high school juniors and seniors where they can earn scholarships and be mentored in everything from getting ready for college to preparing for the college application process and much more.

Adara was very involved in her church.

“She accepted Christ at five years of age,” said Leslie.

Adara would help elderly at a nursing home with her father, help with the service, sing and pray. She would help feed the homeless with her church. She was in charge of the church’s AV Ministry and then trained her replacement before she left for school. But was always ready to help when she was called.

Before attending Morgan, Adara trainee her replacement for the church’s AV  ministry so she could focus on her studies.

When Adara was accepted to Morgan, everyone was happy.

“My wife was really excited and I was excited too because we wanted her to live on campus,” said Leslie.

Her parents wanted her to get the college experience but also wanted her close to home.

But Adara’s experience was altered two months after starting her freshman year when she was diagnosed with minimal change disease at Duke University Hospital, while on vacation with her family.

“When she got here, two months later, she had 110 additional pounds of fluid on her body. So she had to walk around campus and do all those particular things. So the medications were to get the fluid off of her body,” said Leslie.

But this didn’t deter Adara in the slightest.

“She didn’t allow it to affect her day to day – with her studying, with all the different activities… She was working on a project for the freshmen SGA this weekend,” said Leslie. “So, she was working on some things while she was doing school and all that and maintaining. She’s an engineering major so she [was] definitely dealing with some tough courses.”

According to Leslie, Adara died of cardiac arrest with an unknown cause on Monday at 12:15 a.m.

Latasha Davis, Adara’s mother, said she had just been in awe of the responses she’s received from Morgan, Western Tech and so many  individuals  that loved and were touched by her daughter.