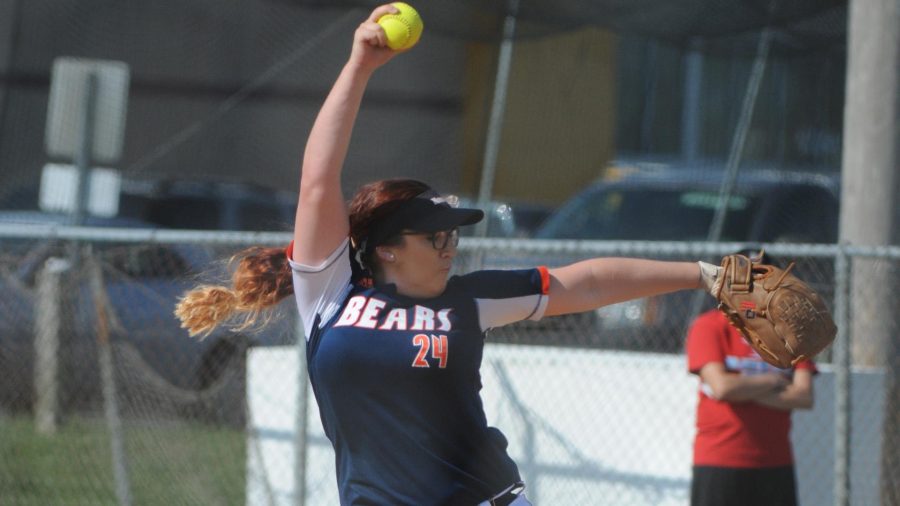 After two preseason tournaments in Florida, the Lady Bears returned to campus to play in front of their home crowd for the first time this season in the Morgan State University tournament at Lois T. Murray field. The Lady Bears went 2-2 in the weekends non-conference contests to bring their overall record to 5-9.

A day after having their home opener cancelled due to inclement weather, the Lady Bears got things going. Morgan scored the game’s first points with three runs in the second inning, the first coming when Haylee Bobos flew out to right field to score Browdy. Damali Young later singled to center field, scoring both Stormy Zyzyk and Jalian Young to make it a 3-0 ball game.

On the mound for the Lady Bears in game two was junior Erica Hawkins (0-1). Morgan took a 1-0 lead in the third inning on an RBI single by Damali Young to bring her sister Jalian home to score. St. Bonaventure responded in the top of fourth inning, scoring two runs to take a 2-1 lead. The Lady Bears would tie the game up at two in the bottom of the fourth, but it would be all St. Bonaventure the rest of the way as they tallied five runs in the top of the fifth inning and never looked back. The Lady Bears were defeated 10-3.

Begg (4-5) took the mound for the Lady Bears as they defeated the Saint Peter’s Peacocks convincingly 8-1.