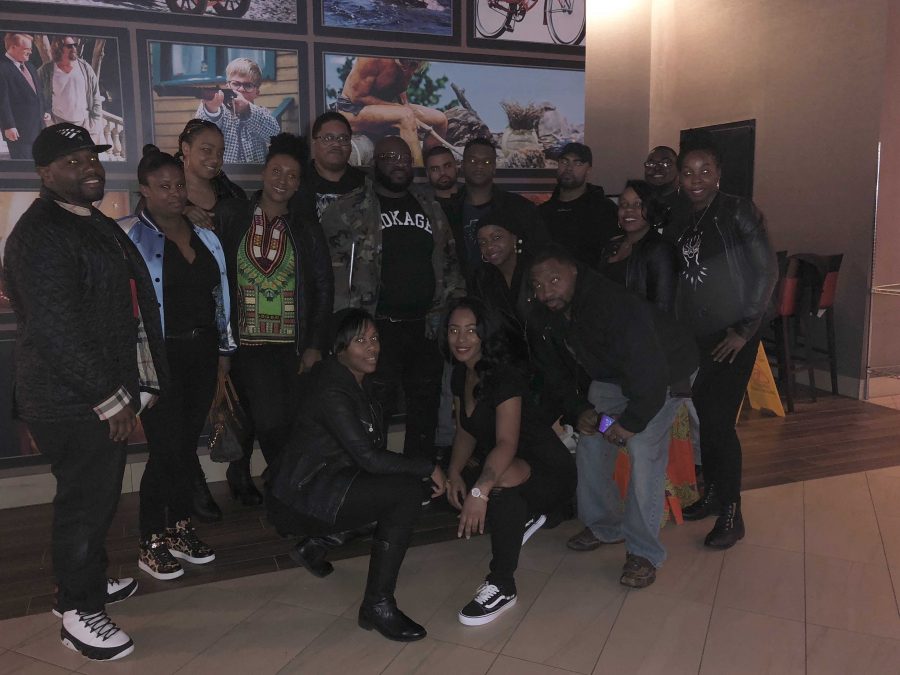 Ever since Captain America: Civil War, Black Panther progressively became the focus of hard hitting topics that have been trending on all outlets of social media.

Black Panther is the definition of the phrase: “for the culture”. For one, this film possesses a strong cast that is highly saturated with African Americans or actors of African descent. Even 31-year-old African American film director, Ryan Coogler, got the green-light from the Marvel industry to make this his third creative project. He is widely known for his films: Creed (2015) and Fruitvale Station (2013), both films that have Michael B. Jordan starring in major roles.

Secondly, the full album for Black Panther dropped a week before the movie was released causing more interest into the film. The soundtrack is filled with nothing but black artists, like Travis Scott, The Weekend and Kendrick Lamar, who is attached as the main producer. Thirdly, trailers have been unveiling costumes, hairstyles and face paint that has been inspired by African culture.

Afrocentricity is screaming under the creases of promotional flyers. Comic book nerds or not, it is more than obvious to say that black people have been more than enthused to be “for the culture” when it comes to Black Panther.

Black Panther immediately jumps straight to the origin story of the first Black Panther and how the five tribes came together in the first place in order to form their current home, which is known as Wakanda. Wakanda is ran by Vibranium, an alien metal that is the core of their technology. Due to high-development in their society, Wakandans are dependable on this metal and pose as a Third World country, so that they can hide their advancements from the rest of the world.

The story suddenly transitions to a flashback of a peculiar situation in 1992 that happened in Oakland, California and then forwards to T’Challa (Chadwick Boseman) returning home to take the throne of king after the death of his father from Captain America: Civil War. With the help of his ex-lover, Nakia (Lupita Nyong’o) and companion, Okoye (Danai Gurira), T’Challa discovers the ultimate power of the Black Panther and finding his place as king of Wakanda. However, he has no choice but to go through a hurdle of foes, main one being Erik Killmonger (Michael B. Jordan).

Black Panther isn’t just an adaptation of a black superhero from a fictional country in Africa. Matter of fact, it doesn’t even come close to being comparable to any superhero origin story circulating the Marvel Cinematic Universe.

For instance, Black Panther has two strong black female leads: Danai Gurira and Lupita Nyong’o. Their characters are shaped to be equally independent as one another and each are transparent in their ideals and goals in the movie. Danai Gurira‘s character is a general of the special forces group that is based on all women. This group is highly respected and will do anything necessary to protect Wakanda and its people. Disregarding being a love interest to the Black Panther, Lupita Nyong’o’s character has a mission of her own and obtains valuable sets of skills in order to accomplish her goal to not only protect Wakanda, but to also expand that protection to the people of Africa.

T’Challa battles with himself when a negative light is placed on his late father, a king he much so deeply idolized. What he thought was the “Wakanda way” didn’t really work out in the grand scheme of things. It wasn’t beneficial for him or the people around him. The Wakandan’s isolation policy turned out to unfold into a problem that was greater than them.

Social consciousness forms in the storyline when Nakia and T’Challa first interact and she mentions that more action needs to take place in regards to the international conflicts that are occuring in Africa. If the Wakandans have Vibranium, exporting resources to these Third World countries should be easy breezy. Despite, Black Panther being placed in a fantasy, the film addresses issues like these that are very much real. Black imagination is emphasized when audiences are reminded of the past and are noted with the few history lessons of colonization.

With the few comic reliefs, fancy digital effects, and breathtaking scenery, Coogler does present a subliminal air of the Black Lives Matter movement in Black Panther. Reminding audiences that present-day Wakanda is no different from this present. The retweets of people throwing on their store bought dashikis and “Africa” earrings are a promising start to unification.

Black Panther released on February 15, 2018 and will be making an appearance again in the May 4th Avengers movie, Avengers: Infinity War.