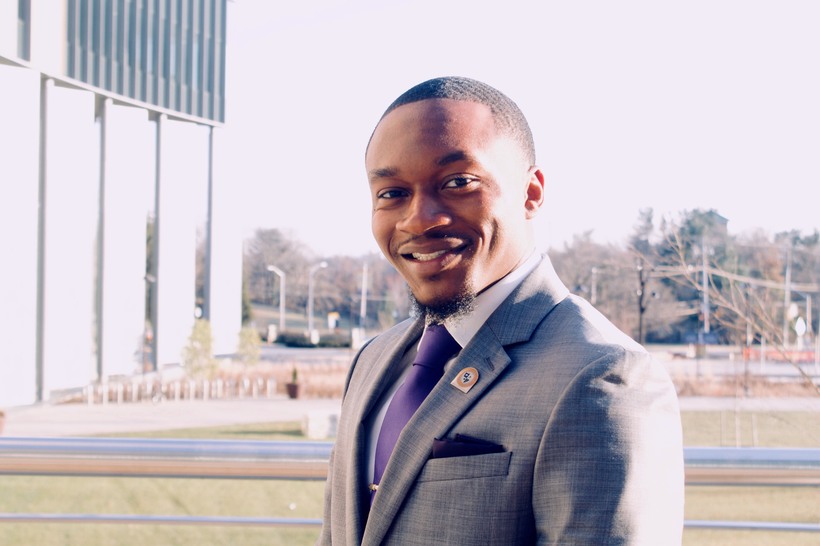 As a senior at Calvert Hall College High School in Baltimore, Darryl Perry developed political interest by joining a promotional street team where he learned how to campaign.

Perry, 22, a graduating senior and marketing major at Morgan State University (MSU), awaits the decision after announcing his candidacy for the 45th District Central Committee in Baltimore City.

Perry wants the position so that he can help young kids, specifically those within the Baltimore City Public School system.

“I am driven by those who come after me. I have people that look up to me, so that is who fuels my drive ­­–– the youth,” said Perry. “I use my personal platforms with student organizations here at MSU to extend my reach throughout the Baltimore community.”

If Perry wins elected office, he believes this will provide him with the opportunity to further “make a significant impact at the local level.”

Some of his initiatives include a “Back 2 School Drive,” “Children’s Cancer Awareness Month Toy Drive,” “Annual Thanksgiving Food Drive” and “King of the Court” –– a basketball tournament to generate and donate funds to a local Christian Christmas wish program through Greenmount Recreational Center.

Perry also speaks at Barclay Elementary School twice a week, as well as volunteer and mentor kids at different schools in the BCPS system.

According to the Baltimore City Democratic State Central Committee, the scheduled meeting for selection has been postponed from January 31 until further notice.