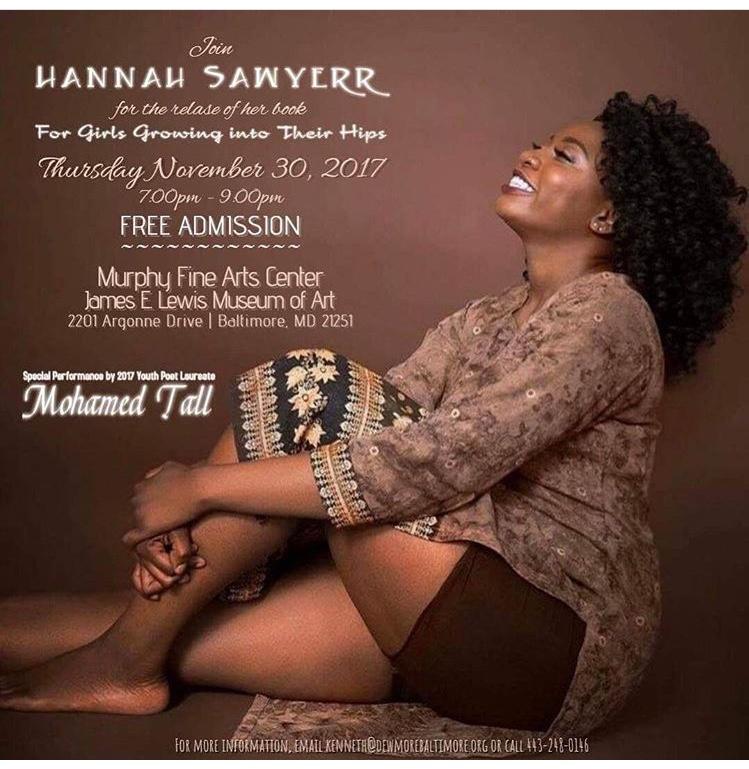 Sawyerr, a Morgan senior and english major, developed the book titled For Girls Growing into Their Hips after winning her position as youth poet laurate. The book of poems reflects her own personal experiences throughout her life.

For Girls Growing into Their Hips originally began as poem Sawyerr wrote after being body shammed in middle school. While written at the age of 17, she decided to reflect about the difficulties of accepting her body image as an eighth grader and the impact it had on her.

“I’ve been built the same way my whole life but in eighth grade people started calling me hips and literally pinch my hips, so I wrote about it because it made me feel awkward,” said Sawyerr.

Furthermore, For Girls Growing into Their Hips will offer readers all aspects of everyday issues such as sexual trauma, love, relationships and violence too. She even dedicated a poem about her experience with being sexually assaulted in a poem found in the collection named on testifying against your abuser. While Sawyerr decided write about this incident, her family decided to seek justice from the system instead.

“I don’t think that was really justice for me, it was more for my parents. They wanted me to do that because it was the best way to expose him… but for me justice was writing and speaking about because it was necessary to do,” she said.

Sawyerr’s book release, For Girls Growing into Their Hips, is Thursday, Nov. 30, at 7 p.m. in the Carl J. Murphy Fine Arts Center in the James E. Lewis Museum of Art. The event is free of charge.