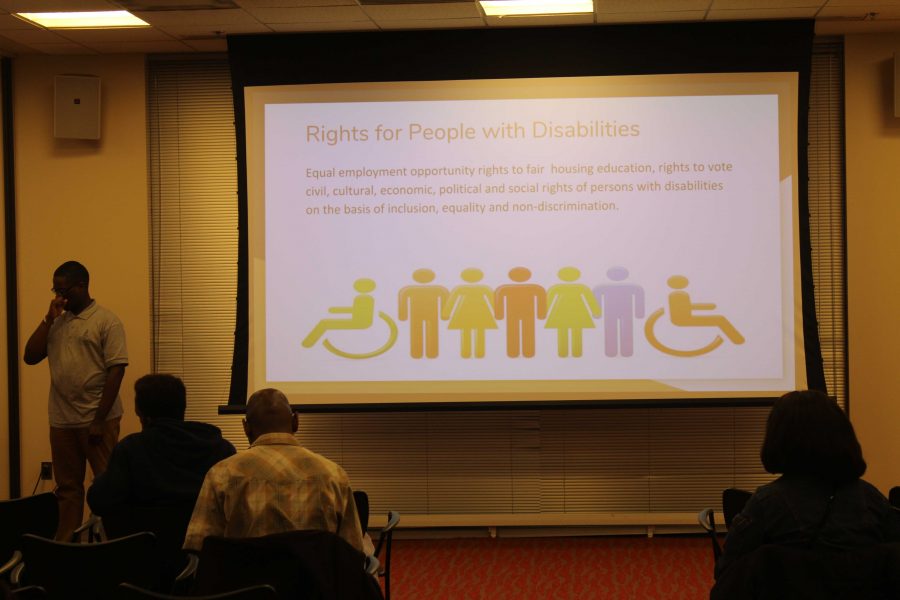 Coates said that the problem is not that people don’t know that people are living with disabilities, it’s the fact that most people don’t understand how to interact or engage with these people. This is what his awareness event, “Disable the Label” is all about.

Coates put this event together to help promote understanding among people who do not have a disability and people living with disabilities. He is concerned that people living with disabilities are being mistreated or overlooked in general, especially, by staff at Morgan. He recalled his own experience when a teacher spoke openly about his condition in class and what that was like for him.

Coates said his class was supportive but he thinks that it is important that other students living with disabilities be professionally assisted by staff at Morgan.

According to a 2016 report, published by the Center on Disability at the Public Health Institute, about 12.6 percent of people in the United States have a disability. This percentage only includes those people who were professionally diagnosed so it is possible that the number is actually higher.

William “Tipper” Thomas, the guest speaker for the event spoke at great lengths about his personal story of triumph. Thomas was not born with a disability. He was involved in a shooting in high school, which resulted in him being paralyzed from the waist down. One of the main things he wanted to raise awareness about was the fact that people with disabilities aren’t always born that way and people without disabilities could one day find themselves suffering from a disability.

“There is life living with a disability even if you weren’t born with said disability,” said Thomas.

Thomas expressed that awareness is important because it helps to normalize people with disabilities.

“I think it helps get rid of the cliché, the taboo or the uneasiness revolved around being around, negotiating or dealing with somebody with a disability,” said Thomas.

Kiana Baham, a junior social work major at Morgan who attended the event said the event was very important and informative. She explained how this event showed her that people need to change the way they think about people living with disabilities.