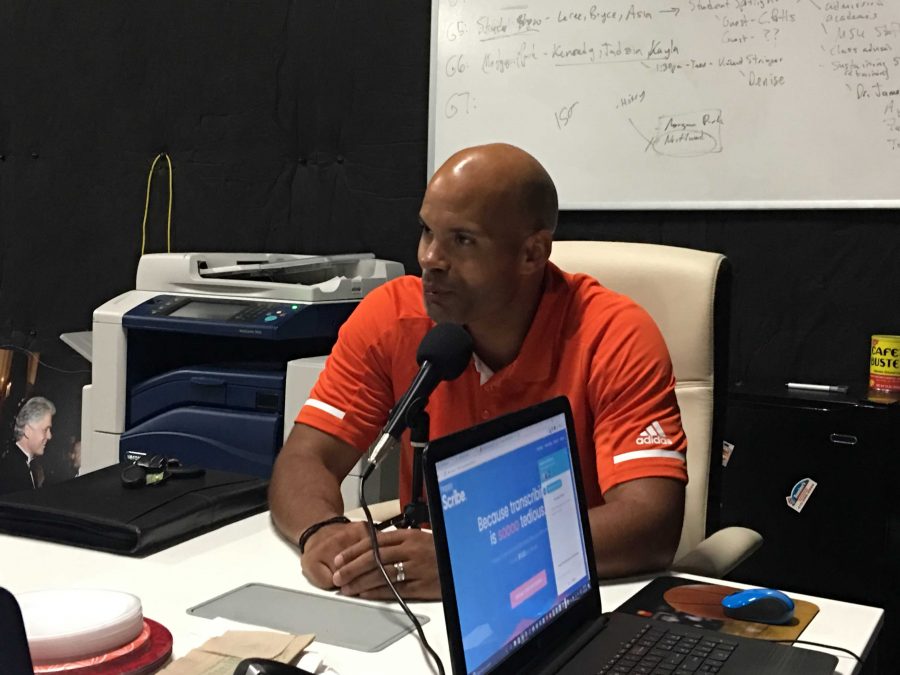 Starting this football season Morgan State University students will have the opportunity to support the team in a completely new way in Hughes Stadium. A new seating program will allow students to sit in the blue seats usually reserved for season ticket holders.

In an exclusive interview with The Spokesman, Morgan’s Athletic Director Edward Scott made the announcement about the new seating opportunity for students.

“I believe its [300] blue seats that we giving out to the first students in attendance at every single game except for homecoming,” said Scott,“We’ll be giving out t-shirts to the students in those sections as well as coupon cards for local vendors.”

This is part of Scott’s plan to re-engage the students and create some buzz and excitement around home football games. He has made this one of his goals of his tenure and is hoping the passion can continue to grow.

“I feel that this is a way that I can demonstrate to our students on campus. We’re giving back directly to you, and we still have a section for donors [and] season ticket holders, but a large number of those seats now will be dedicated solely to general students on campus,” said Scott.

Another new feature to Hughes Stadium will be the brand new end zone display and sound system. The brand new high definition scoreboard stands over 24 feet high and is 30 feet wide. The larger display will provide a better experience for both fans and athletes.

The upcoming football season is full of big games to look forward to including the upcoming Battle of Greater Baltimore game versus Towson next Saturday September 2. This game will continue the crosstown rivalry between the two schools but will also carry a deeper meaning.

“We have a chance to show the greater Baltimore community that for three hours folks can be at odds and literally want to smash into each other”, said Scott  “but after the game the amount of respect that will be shown between the two institutions, the players  the coaches, the fans, if that doesn’t show you that you can get beyond some of the things that go on, the hate, the awful rhetoric in our society. I don’t know what does.”

The first home game for the Bears comes a week after the Towson game versus Albany University. Students are encouraged to get to the game early to take advantage of the new seating program.