Morgan alumni reflect as they return for homecoming

Homecoming is that time when alumni return to their alma mater to reunite with old friends and organizations and visit their favorite spots on campus; a time when the most school spirit is shown through events like step shows, fashion shows, tailgating and, of course, the football games. 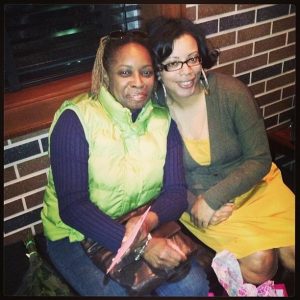 Pamelia Moore of Owings, Md., is a proud Morgan graduate who greatly enjoys coming back and visiting the campus for homecoming.

“The parades [as well]… it was breath taking; I didn’t experience that when I was in high school,” she went on to say.

Moore believes that the school spirit has increased overs the years because of the increasing population. “Every year it got better if you were active on campus,” she said. “Your reunion didn’t just involve seeing your graduating class but also if you were a part of an organization.”

During her matriculation at Morgan, Moore majored in home economics education. She took 21 credits as a freshman and was able to manage living off of campus and commuting to classes. She went on to live in Harper Tubman her for the rest of her college career. 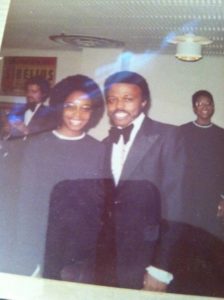 On campus, Moore was a part of the choir, in which she found great enjoyment in the amount of travel opportunities that went along with it. She became a member of Alpha Kappa Alpha Sorority, Inc. her sophomore year, and was also a member of the Future Homemakers of America in the Human Sciences Department before graduating in 1977.

She chose Morgan due to the fact that she knew a lot of her family and friends attended the university. Here, she would meet her future husband and eventually have a daughter – Kristie Richardson – who too would attend Morgan.

Richardson majored in earning an information science and systems and being a part of the choir before earning her degree in December of 2007. Her grandfather, Dr. John Francis Richardson, was the chairman of the Psychology Department and her grandmother, Mary Virginia Richardson was the Circulation Librarian. A highly notable name of her family’s history is that of her great uncle, George W.F. McMechen, which the McMechen Commerce Building – formerly housing the School of Business – was named after.

“Last year was the first year that I had been to homecoming since 2007,” said Richardson. “I didn’t get a chance to go over to the game, I was more active in tailgating.

For Moore, it was a journey of a lifetime. As an alumna, she’s glad to “pour back into” her alma mater. She will be celebrating her 45th class reunion at next year’s homecoming; for this year, however, both Moore and Richardson look forward to what Morgan will have to offer for its returning graduates.