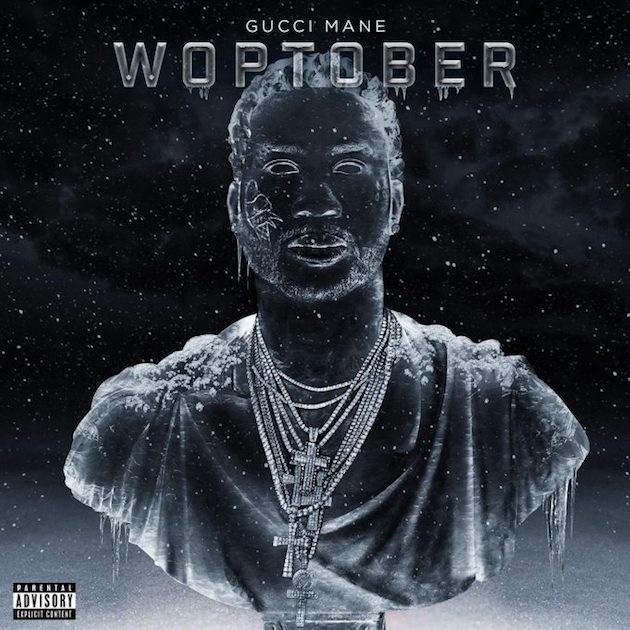 Since his release from prison, saying Atlanta rapper Gucci Mane has been productive is an understatement. If he isn’t gracing magazine covers (Fader, XXL) he is giving the new generation of rap his good graces via song appearances.

One of the most recognizable figures in rap of the last decade, Gucci has seen his popularity only increase from his prison stints. After serving more than two years for possession of a firearm by a convicted felon, the rapper better known as Radric Davis was released on May 26. Less than two months later, Gucci released his ninth album Everybody Looking on July 22. The new-look Gucci, slimmed-down with a new drug-free approach on life wasn’t positively received, with rumors circulating of him being a clone. Despite the positive reviews and No. 2 debut on the Billboard chart, the hype for the album died relatively quickly and sales mirrored. October has always been a key month for Gucci and his “1017” imprint and on Oct. 14, he released the highly awaited Woptober.

With a star-studded production team, including Metro Boomin, Southside, Drumma Boy, Honorable C.N.O.T.E and right-hand-man Zaytoven, the beats are a mix of the classic Wop sound and the new trap influence. Aside from the lead single “Last Time” featuring Travis Scott, the album only features two artists (Rick Ross and Young Dolph). Luckily, Gucci’s lyrics from the opening track “Intro: F**k 12” are a preview of the uncut, nasally Wop of old. But he couples that with the older, wiser Gucci of new, lacing street prophecy with wisdom in every rhyme.

“I ain’t never been embarrassed, I ain’t never felt fear, I got post-traumatic stress it’s like I can’t shed tears,” Gucci spits.

In the realm of trap rap, money, power and respect reign supreme, and Gucci has mastered the art of rhyming about all three. While the majority of Woptober is bravado regarding the street life, there are elements of storytelling, a topic Gucci excels at.

One of these tracks is “Dirty Lil N***a”, detailing his less fortunate upbringing on the streets of Atlanta. He also provides motivation for the dirty kids to one day be in a better situation.

“Y’all might don’t feel him, but I damn sure feel him, because I was just in the jail cell f***** up with him,” Gucci spits.

The album flows smoothly, a cohesive sound showcasing the growth of Gucci as a lyricist and a person. Standout tracks include “Bling Blaww Burr” featuring Young Dolph, “Wop” and the quasi-love song “Love Her Body”.

Woptober veers off course towards its conclusion, with the lackluster tracks “Out the Zoo” and “Addicted”. Both tracks are sound uninspired, lacking impacting lyrics and production from Drumma Boy and Will-A-Fool respectively don’t seem a suitable fit for Gucci.

In all reality, Woptober is much more suited as a welcome home album than Everybody Looking. A solid album, fusing exceptional production and peak traptivity, Woptober is one of the best albums of 2016.