Morgan students react to the body found in CBEIS 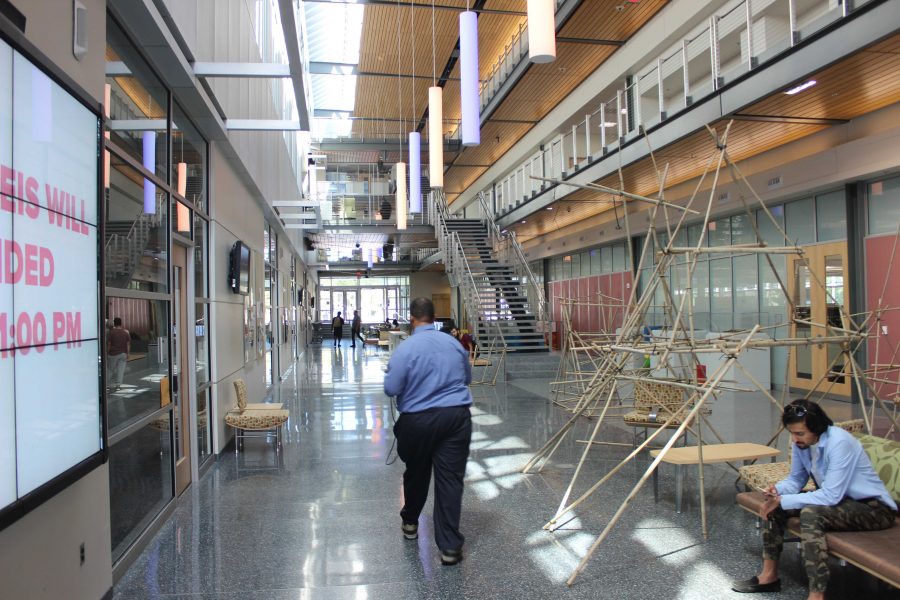 Most, if not all, college students love getting that “Classes are cancelled” email; but imagine if those classes got cancelled due to a dead body in the building.

This was the reality for Morgan State University students of the Center for the Built Environment and Infrastructure Studies (CBEIS) building on Tuesday when the body of a 45-year-old graduate student was discovered in the building.

Students were shocked as they saw police and news cameras around the building. As word travelled around campus, it was the main topic students were talking about.

For freshman architecture major, Bennie Thomas, the beginning of his first year of college has involved not only a dead body in CBEIS but also a shooting that occurred near the building last week. Transferring is something he’s considering.

“It’s shocking. It’s nothing I was expecting,” said Thomas. “I know what to look out for but you never know, anything can happen so it has me leery. Eventually I do see myself transferring.”

Nicolette Archie and Treshawn Mackey, senior civil engineering majors, were concerned about the dead body in the building.

“It’s just making Morgan have a bad name and I wonder who [the dead person] is,” said Archie.

“It’s always a problem on Morgan’s campus now, it seems like,” said Mackey. “It is sad.”

Archie and Mackey have never experienced anything like this during their time at Morgan. They also fear that late night stays and study sessions in the building may cease or involve a lot of extra security, although police do not suspect foul play.

Some students noticed the smell of the dead body before it was discovered but didn’t really think much of it.

Junior architecture major, Aaron deRoux, was in CBEIS until 2 a.m. Tuesday morning and smelled something rotten.

“I was in the studio working on my project and I walked out into the atrium and it had a smell of something rotten,” said deRoux. “I was tired and believed someone threw away some rotten food.”

After going to CBEIS after gym class Sierra Cratic-Smith, a sophomore architecture major, thought the odor of the dead body could’ve been her.

“I smelled it and I thought maybe it was just something in the air,” said Cratic-Smith. “I come from the gym sometimes so sometimes I thought it was me but I never actually knew until I found out it was a dead body.”