“When The Bough Breaks” stars talk about upcoming film 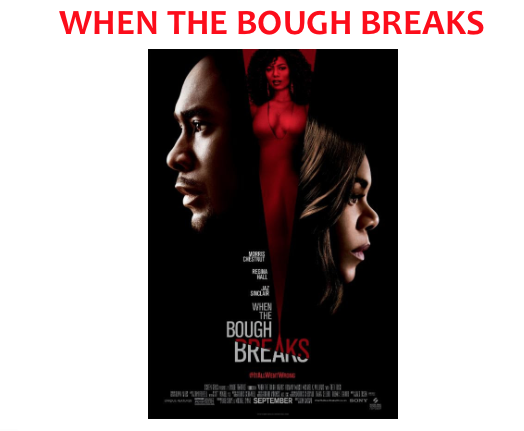 One of the fall’s most anticipated films is Screen Gems’ When The Bough Breaks starring esteemed stars Morris Chestnut and Regina Hall. The romantic thriller also features newcomer Jaz Sinclair as Anna. Chestnut and Hall portray the roles of John and Laura Taylor, a New Orleans couple struggling to produce a baby when they find a potential surrogate in Anna. The Taylor’s decide to move Anna in after being beaten by her significant other – and that’s when all hell breaks loose. Chestnut and Hall took the time to answer questions about the film, as well as the secret to their longevity and future plans.

While the film is a thriller, the topic of surrogate mothers and struggles to produce children has been anything but common in major films. Chestnut took time to talk about the mental and physical strain of immersing into the role.

“Doing a film like this takes an emotional toll on you, as an actor you have to be in that space day in and day out, it’s really draining.”

While Chestnut and Hall are the stars, Sinclair is the most vital character. Anna’s turbulent relationship with her boyfriend and constant passes on John Taylor creates an interesting scenario as Laura just once her baby and her household in tact.

Hall spoke on Sinclair’s character and the reality of there being Anna’s all over the world.

“Human beings are complex, I think the movie really examines that complexity.”

Chestnut and Hall have an on-screen history dating back to 1999’s The Best Man, Hall’s first role on the big screen. Both have found success and longevity, with careers on the big and small screens spanning more than 20 years.

When The Bough Breaks is the second of three movies in Chestnut’s deal with Screen Gems in which he signed in 2014. Chestnut is also the star of FOX’s Rosewood series, in which he was nominated for an NAACP Image Award for Outstanding Actor In A Drama Series. Hall was recently featured in the blockbuster hit Barbershop: The Next Cut and has two movies in production.

Chestnut’s secret to having staying in power in Hollywood has been maintaining good relationships.

“You have to be courteous and respectful to the people you work with,” said Chestnut.

Chestnut also wants to dispel the labeling of films by the color of the actor, but rather by the content.

“I wish people would just look at films for what they are,” said Chestnut “ I wish it didn’t have that label of a black thriller or a black comedy.”

When The Bough Breaks debuts in theaters on September 9.