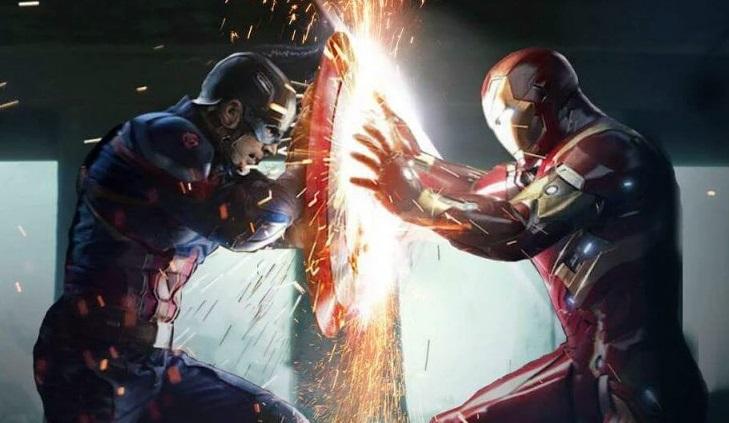 As if we already thought the bar was set high enough for the Avengers movies, Captain America: Civil War (CACW) has surpassed all expectations for fans and movie critics, arguably making this the best Marvel film of the past couple of years.

Emmy Award-winning directors and brother duo, Anthony and Joseph V. Russo have successfully made something new to add to the Marvel Cinematic Universe collection. Even though it is a sequel to Captain America: The Winter Solider (CAWS) and The Avengers: Age of Ultron (AOU), it is undeniable that this movie is equally thought provoking, comical, emotional, and thrilling for audiences.

As fans, we always assume that Earth’s mightiest heroes have great intentions when it comes to destroying numerous cities in a matter of minutes, trying to save the day, however, there is always that awkward question left unanswered when it comes to the people of those cities. But maybe thinking about the possibility of death would be going against the grain for young audiences.

Marvel releases CACW to confront those questions and decide if the Avengers are heroic, as they are reckless, by introducing political adversaries in the midst.

The outcome from both CAWS and AOU left plenty of destruction and an unacceptable amount of civilians injured or left for dead, therefore, the team has to decide if signing the “Sokovia Accords” will in fact, promote peace. That is when tensions stir between former allies, Steve Rogers, a.k.a Captain America (Chris Evans) and Tony Stark, a.k.a Iron Man (Robert Downey, Jr.) as their conscious decisions immediately force them to bump heads.

Signing the “Sokovia Accords” will permit world leaders to oversee the actions of the Avengers, which is what Rogers is totally against, but underlying guilt is what fuels Stark to go in a completely different direction.

What is most appreciated in the film is that every situation isn’t merely “black and white” and has a lot of grey areas that coexists with both points of view. To spare the spoilers, each character has their own meaning of what “peace” is, however, they believe that their journey to achieve it is do one or the other. That is how the Avengers are divided amongst siding with either Stark or Rogers. No matter what team you are on, whether it is Iron Man or Captain America, you have sympathy towards everyone, including the villain.

CACW burns that stereotype of approaching a superhero film in a conventional way. The movie simply emphasizes a more intimate and more personal level with the characters instead of them just being there as action props. Even though the fighting is pretty much unbelievable, character development also reached new heights as well.

CACW introduces new faces to the Avengers that we have already familiarized ourselves with in comic books. For all of those who had a glimpse of the trailer to CACW, then you are aware that Black Panther (Chadwick Boseman) and Spider-Man (Tom Holland) make grand appearances on to the big screen. These new characters brought a pleasant balance between drama and humor but makes you wonder if Marvel considers them to be expendable characters until further notice.

More of supporting characters, they still were able to bring something to the plate and managed to maintain a special element into the film. It would be enjoyable to watch what limitations that Marvel has given to Black Panther and this new Spider-Man or how they can even overcome those boundaries that were presented to them.

As Spider-Man opens for dialogue, he has no problem with stealing the show and with no surprise, will soon be the embodiment and epitome of the Spider-Man fans have witnessed in childhood cartoons.

Captain America: Civil War is now playing in theaters and is rated PG-13.