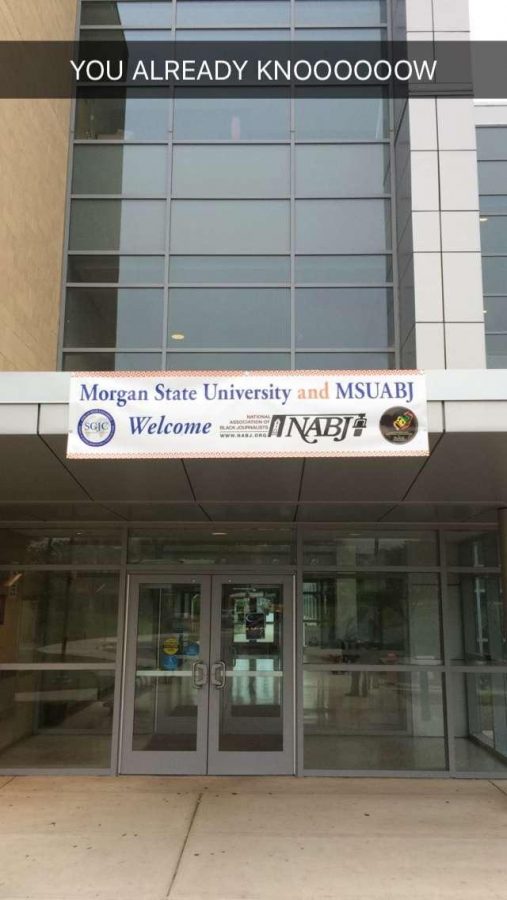 Journalists from all over gathered in the School of Global Journalism & Communication at Morgan State University for the National Association of Black Journalists annual Region 1 conference, Saturday.

The NABJ Region 1 conference, with the help of the Baltimore Association of Black Journalists, featured panel discussions and workshops led by distinguished professionals in the world of journalism.

In a special master class, U.S. Congressman Elijah Cummings (D-Md.) sat down with lead WJZ-13 CBS anchorman Vic Carter for a keynote interview. After an introduction by Carter documenting Cummings decorated career, Cummings received a warm welcome from the crowd.

Carter formulated a range of questions for Cummings, demonstrating the proper way to interview and how to control the conversation.

“I think that Donald Trump is going to be dangerous,” said Cummings. “The language is dangerous, but I do believe he will be the [Republican] nominee.”

Carter reminded Cummings of his remarks on the Flint water crisis, when he slammed the U.S. House Committee on oversight and government reform on Feb. 3.

Cummings addressed the committee for their lack of response to the crisis, saying “This is not a third world country!”

“To this day, the government of Michigan has not bought one single bottle of [water], its all volunteers” said Cummings.

The uprising that ensued after the death of Freddie Gray last April 27 was documented on every media publication across the country. Cummings is documented as one of the first public figures on the scene in West Baltimore. He spoke on his reasoning for being so involved.

“It was painful to me, because I saw a city that I loved, getting ready to explode,” said Cummings, “a lot of people think don’t nobody care about us.”

Carter took the conversation in a different direction, to one of the most popular issues as of late – police.

“The community needs to police, and the police needs to community,” Cummings continued.
Cummings took the conversation in the direction of the “Black Lives Matter” movement.

“I believe in the Black Lives Matter movement, I really do, but the black lives have got to matter to black people,” said Cummings.

Cummings proceeded to answer tough questions from the crowd, from the criticism of President Barack Obama to his lack of support of Rep. Donna Edwards (D-Md).

The session concluded with Cummings reviving an award from NABJ, while MSU School of Global Journalism & Communication dean and one the founding members of NABJ, DeWayne Wickham being honored by his beloved organization.