Soul On Ice, the story behind the film 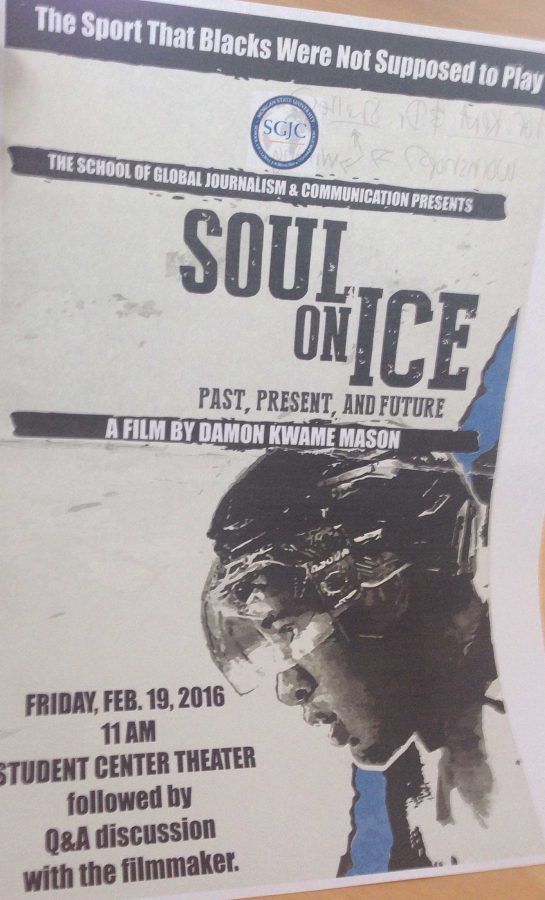 Even though 23 teams in the NHL are based in the U.S., hockey has yet to translate on a larger scale to the African-American youth. Director Damon Kwame Mason is out to inform the world of hockey’s black history, as well as inspire the next generation.

Mason looks to inspire that next great black player with his documentary Soul on Ice, which shares a name with the acclaimed book of Black Panther, Eldridge Cleaver.

Soul on Ice breaks down the history of hockey for beginners, giving the background on its popularity and the divide between whites and blacks. Most importantly, it follows Jaden Lindo, an aspiring young black hockey player.

Mason sold his condo to fund the film, after minimal luck in receiving grants and finding investors.
The documentary has won the support of the biggest names hockey, from NHL Commissioner Gary Bettman to the NHL’s first black player, Willie O’Ree.

O’Ree was invited to the initial screening of the documentary, after not being allowed to see it before the public.

“Now I know why he didn’t want me to see it. It was breathtaking, really. I was thrilled when I saw it,” O’Ree told Dan Rosen of NHL.com.

Born in Canada, Mason’s life revolved around ice hockey, one of, if not the country’s biggest pastime. A die-hard Montreal Canadiens fan, Mason’s favorite player growing up was Guy Lafleur. Lafleur would help lead the Canadiens to five Stanley Cup Championships throughout the 1970s.

“The way he skated, his moves, I loved his game” said Mason.
Prejudice for Mason and his black peers came during teenage years, when black players were treated differently from whites. Where other sports like baseball adapted and evolved from the Negro League days, hockey was still taking baby steps.

Over 20 players in the NHL come from African descent, but the impact hasn’t translated to American fans. One of the NHL’s most charismatic stars P.K. Subban was the only Canadiens player named to this year’s All-Star game, but he doesn’t have the fame of Patrick Kane or Sidney Crosby.

Mason hopes to use the documentary to further bridge the gap between Canadians and Americans, especially in terms of people of color.

Mason will be premiering Soul on Ice at Morgan State, Friday, Feb. 19 in the University Student Center theater. There is no charge for entrance, and Mason will be hosting a Q&A immediately following the film.