“The Life of Pablo” Review 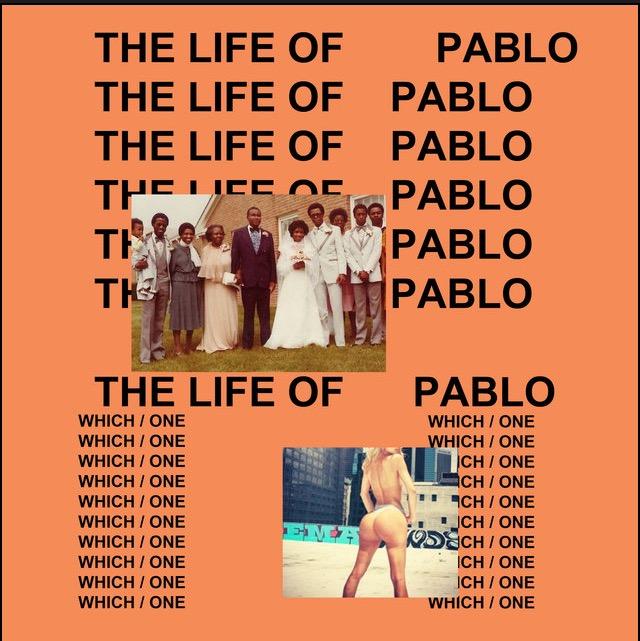 Notable features on the album would include Kelly Price, The-Dream, Kirk Franklin, Kid CuDi, The Weeknd, Rihanna, Desiigner (who is not Future), Chance The Rapper, Chris Brown, Frank Ocean and Kendrick Lamar.

Upon the first listen, tracks that gauge the listeners attention are “Ultralight Beam”, “Father Stretch My Hands Part I & II”. “Famous”, “30 Hours”, “Waves” and “No More Parties in LA”.

The production on TLOP  is top notch and of quality as with any other album that West released.

There are a variety of aspects and sounds West channeled for his album, whether it was the trap sound that is at the forefront of the hip-hop world today or gospel avenues that he reacheed for the sound of the album.

Before the album’s release, West stated “This is a gospel album, with a whole lot of cursing on it”. Some of the songs on this album would cosign that statement, many on the other hand wouldn’t.

Lyrically this album, as most of West’s albums besides “My Beautiful Dark Twisted Fantasy”, is average at best. That is what many have expected from the producer turned rapper on his seventh album.

However on “No More Parties in LA” West channeled bars that many didn’t believe he had anymore which was very impressive. West said on the NMPIL record that “I know some fans who thought I wouldn’t rap like this again, but the writer’s block is over, emcees cancel your plans,” and he did not disappoint in moment.

West hardly ever stands out with his wordplay and lyricism but more noticeably with what he says such as “I still feel like me and Taylor [Swift] might still have sex, why? I made that bitch famous.” West’s lyrics have always garnered conversation and criticism and there is no difference with TLOP.

The content on this album painted the picture that West is still all over the place in his personal life while holding on to his religion and faith. To many, West’s music is not the forefront of his life as that would be his fashion.

The quality of the music seemed to take a hit in regard that the album was all over the place and did not have a clear cut direction after several listens. While there are plenty of quality records, there isn’t a cohesive balance with this album.

If you want the “Old Kanye”, West had some chopped up sample tracks for you and a song titled “I Love Kanye”, which fans of the older Kanye West would enjoy. If you like the “New Kanye” there is that quality of production for you as well.

TLOP had quality tracks for all Kanye West fans. While there isn’t a cohesiveness that many would like to see with an album, from West nonetheless, this still is a quality project.

The overall rating for TLOP would be an 8/10.

TLOP is available for purchase and stream on Tidal.com. The album contains 18 records and has a run time of 58 minutes and 2 seconds.