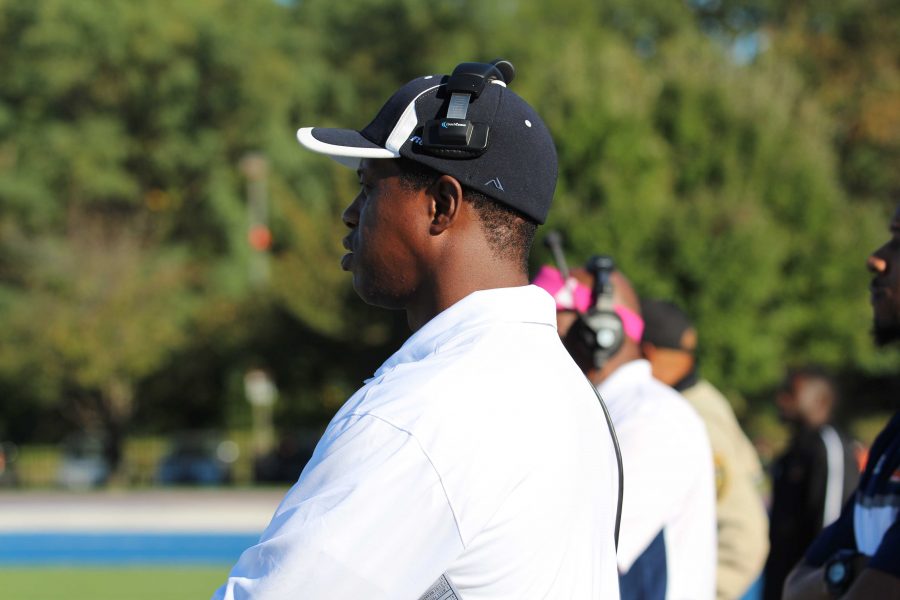 Lee Hull, who amassed an 11-12 record in his two years at Morgan, is departing for the NFL's Indianapolis Colts. Photo by Benjamin McKnight III.

Sports Illustrated has reported that Morgan State Football coach Lee Hull will be leaving the program after two seasons to become the wide receivers coach with the Indianapolis Colts of the NFL.

Defensive lineman Andrew Mitchell told the Spokesman that football players were summoned to a mandatory meeting Monday afternoon, where they were told that Hull would be leaving.

In his first season, Hull led the Bears to a Mid-Eastern Atlantic Conference co-championship in 2014. He also took the program to the Football Championship Subdivision playoffs, making it the first NCAA Division I playoff appearance in the program’s history. He ended his career at Morgan with a 11-12 record.

Hull was hired as head coach of the Bears on January 9, 2014. Before that, he was the wide receivers coach at the University of Maryland from 2008-2013.

The Spokesman will have more details on this story as they develop.