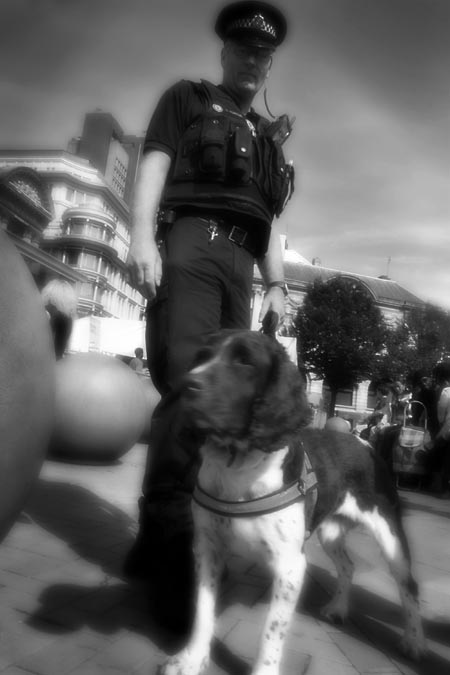 On Jan. 22, Morgan State University President David Wilson sent out an email to students and faculty concerning the new safety initiatives being put into effect for the current semester. One of those initiatives: the introduction of drug detection dogs on campus.

The school says that the dogs will be used only in targeted areas. The question I pose with the school turning dogs loose to sniff around on campus: how far is too far?

I understand that safety is important at Morgan State. But I really don’t think that students should give up their rights to privacy in the process. The email left a lot of unanswered questions such as, how far these dogs will actually go in the search for illegal substances?

Students that reside in dorms have a right to the privacy of their rooms. Will the canines be allowed to do room checks or will they be limited to public areas like the student center and academic buildings?

The students enrolled at Morgan State came to a higher education institute, not a jail.  Sure we’ve had some crime issues that have occurred on Morgan’s campus but none of the higher profile cases, according to media reports, have had anything to do with drugs. In fact if we are to believe a Dec. 3, 2012 article written in The Spokesman, HBCU students take in less drugs than that of their predominately white institute counter parts.

There are more serious issues around the Morgan State campus, such as robberies and assaults. And the top priority should be the school making our campus a safe place to go to class.

Dr. Wilson has also announced plans to address crime on campus, and I think that’s commendable.  But having dogs sniffing around Morgan comes close to violating a students’ right to privacy.

Morgan State is a place of higher education. For most of the students here, this is a home away from home. The focus for Morgan should be working hard to make this home safe. The last thing we need is drug-sniffing dogs making our students feel as if they’re common criminals.