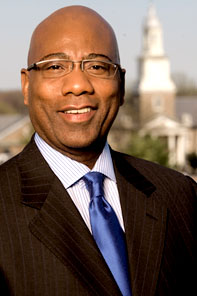 The lawsuit was filed 2006 by a coalition of alumni from Morgan State, Bowie State University, Coppin State University and the University of Maryland Eastern Shore looking to end the underfunding of black colleges by the state and put a stop to the duplication of academic programs.

The president also spoke about one of the possible remedies the coalition came up with, which was a merger of the University of Baltimore to Morgan.

“In the state’s response, it used words that were an insult like ‘this is risky.’ It is risky,” he said. “This is about correcting a mess. There’s nothing risky about operating an institution in two sites or three sites or ten sites.”

Wilson went further on to say that he does not know when the judge will make a ruling but, if the ruling is not favorable to the coalition or the state, both parties could “very well” appeal the case, and the next level of the process would be the Supreme Court.

If the courts rule in the coalition’s favor, the president believes the decision could be huge not only for black schools in Maryland but in other states as well. “First of all, this would be huge because for the HBCUs here in Maryland, because it would create an opportunity for institutions to grow the way that they should have grown 40 or 50 years ago,” he said. “Then, I would hope that other public HBCUs in states where those states have not invested in them appropriately would see this as a wonderful example for them to follow in getting those states to adequately fund them as well.”