Justice Or Else: MSU Fraternities POV 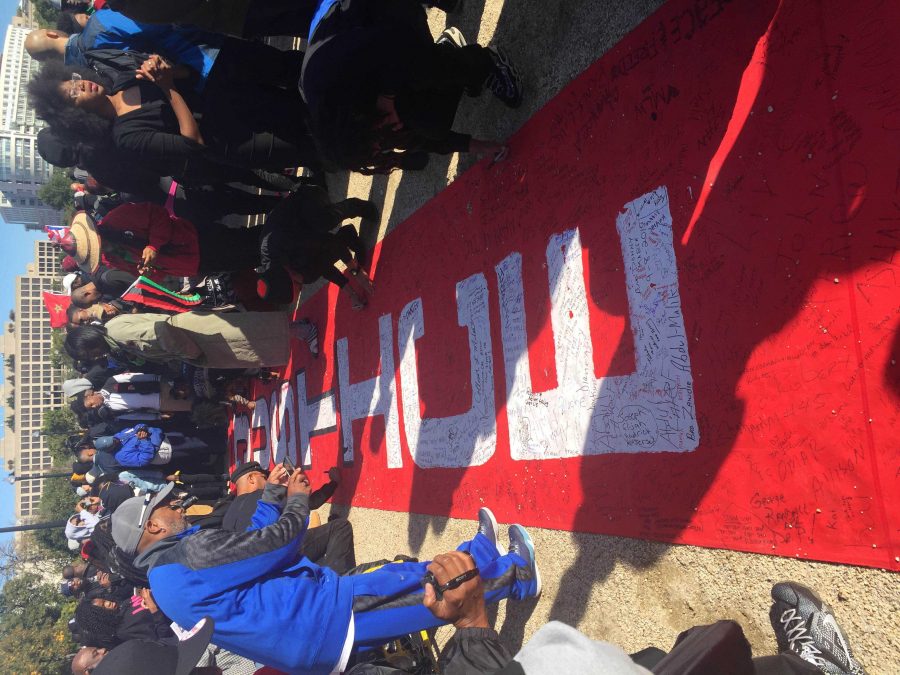 The call was sent out by the Honorable Minister Louis Farrakhan – the same call for action he made twenty years ago. The intent of the Justice or Else rally was to finish what the Million March attempted in 1995.

The current climate of America has outraged many, causing those in agony to search for an answer.

As families made their way to Washington D.C. for the twentieth anniversary of the Million Man March, Morgan State University students prepared to go for their own reasons.

The institution made accommodations for students to travel to the Nation’s Capital free of charge – to etch their name in history. Many of the organizations and schools encouraged their students to experience the event.

The brothers of the fraternities of Morgan State set out for Washington – all for different reasons.

Morgan State junior Jerome Hill is a member of the Pi chapter of Omega Psi Phi Fraternity, Inc.. Instead of carpooling with his frat brothers, Hill decided to rent a bus to transport Baltimore residents to the march free of charge.

“I want to give people who are not in college an opportunity to be there. We have to be the positive role models that we [are looking for], we have to set the standard”.

Hill boarded the bus Saturday morning with a group anxious to experience change in a city that desperately needs it.

As people of all colors, ethnicities, sexual preferences and religions filled the National Mall the sun shined. Complete family trees spanning generations kicked up dust as they walked towards the Capitol building. Complete strangers who thought they only shared the common bond of injustice made new friends and connections.

Students from schools far and wide were present, from HBCU’s to Predominantly White Institutions. Fraternities and Sororities created a rainbow of sorts, outfitted in garments representing their organization. The Divine Nine painted the lawn, as old and new integrated and bonded.

Morgan State senior Trey Davis is a member of the Gamma chapter of Phi Beta Sigma Fraternity, Inc.. Sporting his official ocean blue, he navigates the lawn in search of his family. His father is a member of the Nation of Islam and is working security for the event.

Although he came with his family, he checks in with his frat brothers throughout the event.

“This is our generation’s version of the [I Have A Dream] speech. We as a fraternity want to make our presence felt in this moment in history”.

“I felt like it was going to be monumental. My generation is writing our place in the history books”.

As Morgan students make the journey back to Baltimore, each one will take back something different from the march. The fraternities of MSU intend to keep the momentum going – or else.