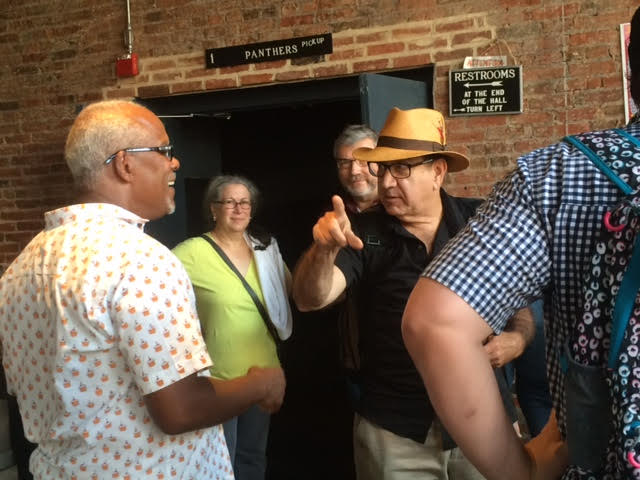 The threat of a possible shooting, delivered via social media, caused the evacuation of the screening of a documentary directed by a Morgan State University professor Saturday. .

The Baltimore Sun reported that a threat was made via Twitter to the New York distributors responsible for the “The Black Panthers: Vanguard of The Revolution” documentary and notified theater owner Buzz Cusack.

Cusack told the Sun that the theatre was cleared around 1 p.m. Award-winning filmmaker and Morgan State professor Stanley Nelson, the film’s director, was to give a Q&A after the 1:15 p.m. showing.

Besides Nelson, a number of Morgan students as well as noted civil rights activist and Baltimore native Deray McKesson were in attendance. McKeeson was scheduled to moderate the lecture following the screening of the film, which drew a number of spectators.

Nelson could not be reached for comment Sunday night.

When asked about the threat, McKesson told the Sun, “These threats are an attempt to silence us, to manifest fear in ways that limit community-building. I remain as unafraid as I have ever been while remaining aware of the context within which we struggle.”

No shots were fired and no one was hurt in connection with the incident. However, the Sun reported that Cusack allowed any of his employees to leave if they wanted. The screenings for the remainder of Saturday were canceled.