It’s the time of the year football fans salivate over. Families gather around the television to root for their favorite team, in hopes of winning a championship.

As teams prepare to take a shot at participating in the league’s 50th Super Bowl, NFL Commissioner Roger Goodell wants to get past the negative press of the last year.

The Super Bowl Champion New England Patriots have been on the hot seat since last season’s AFC Championship against the Indianapolis Colts. Better known as “Deflate Gate” the Patriots where accused of underinflating their game balls. Quarterback Tom Brady was initially suspended four games for his involvement, before the ruling was overturned by Judge Richard M. Berman.

The Patriots kick off the NFL season against the Pittsburgh Steelers – who have several controversies of their own. Pro-Bowl running back Le’Veon Bell will serve a three game suspension for 2014 DUI and marijuana possession charges. Teammate wide receiver Martavis Bryant will miss the first four games for violating league policy on substance abuse.

The league goes into Week 1 with 26 players suspended – many for personal misconduct or substance abuse. The amount of substance abuse and domestic violence cases draw plenty of scrutiny to the league’s character.
With an exciting offseason full of big trades and signings, many teams look to be on the move. 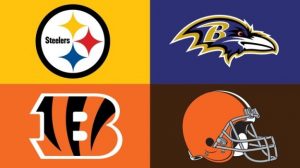 The Pittsburgh Steelers are trying to prove that their Defense is not to be taken lightly after losing Defensive Coordinator Dick Lebeau. Along with Lebeau, they lose fan favorites Troy Polamalu and Ike Taylor to retirement. With several suspensions and new faces, the team is looking for somebody to step up.

The Baltimore Ravens general manager Ozzie Newsome has always managed to make more with less. He traded away defensive tackle Halodi Ngata, and managed to address team needs with the available cap. The Ravens will look to prove they can win another Super Bowl without breaking the bank in the offseason.

The Cincinnati Bengals are looking to prove that they can get past the first round of the playoffs once and for all. With no significant changes in roster or personnel, it will be interesting to see if they improve or plummet.

The Cleveland Browns look to finally find their quarterback of the future in Josh Mccown – their 23rd starter since 1999.The Browns seek to prove they are to be taken seriously in the AFC North. 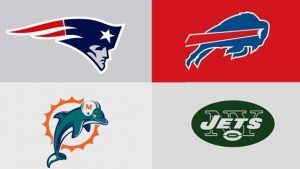 The New England Patriots once again set out to dismiss the critics and naysayers and win another championship. Head coach Bill Belichick is hoping that quarterback Tom Brady can win with his relatively unknown receiving core. The Patriots are looking to shake off the cheating stigma that has followed them for more than a decade.

Buffalo Bills new head coach Rex Ryan hopes to make the best out of a talented young core on both sides of the ball. Ryan will attempt to make the Bills defense a force to be reckoned with. The team has an interesting quarterback controversy on their hands.

Miami football fans have a reason to dream big this season, as the Dolphins have put together one of the scariest defenses in football. Signing defensive tackle Ndamukong Suh along with resigning potential superstar quarterback Ryan Tannehill make this team a potential playoff contender.

The New York Jets have one of the best defenses in the league – but their quarterback situation leaves much to wonder. After starting quarterback Geno Smith had his jaw broken by a teammate over an alleged debt, the team’s season is in question. 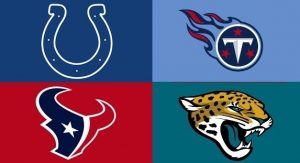 The Indianapolis Colts future seems to be solely dependent on quarterback Andrew Luck. Failing to address several needs on defense, it will be up to Luck to lead his team as far as he can take them.

The Tennessee Titans hand the keys to the franchise to rookie quarterback Marcus Mariota. The Titans will hope to establish themselves in an unproven division.

The Houston Texans season is in the hands of quarterback Brian Hoyer. He sets to establish himself as a dependable starter, while the Texans set to prove their status in the division.

Jacksonville hopes to gain the league’s respect after a solid draft. Blake Bortles will have to work with what he has after losing tight end Julius Thomas to a finger injury. 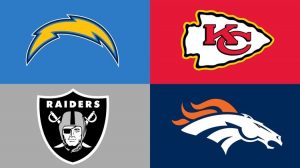 The San Diego Chargers extended five-time pro bowl quarterback Phillip Rivers contract in hopes he can get them to a championship. The team is also in talks to move to Los Angeles. Rookie Melvin Gordon looks to shake off a questionable preseason.

The Kansas City Chiefs hope that cornerback Eric Berry can return to pro bowl form after beating cancer. They also look to wide receiver Jeremy Maclin to help an offense that didn’t have one wide out see the end zone last season.

The Oakland Raiders try to re-establish themselves in one of the leagues toughest divisions. New head coach Jack Del Rio and defensive coordinator Ken Norton Jr look to build a smash-mouth defensive team. Linebacker Khalil Mack leads a young defense, while quarterback David Carr continues to prove himself offensively. Receiver Amari Cooper is an early favorite for Rookie of the Year.

Peyton Manning is undeniably the face of the Denver Broncos. But with a quarterback up in age and a unproven offensive line, the Broncos are not a guarantee to make the playoffs. Manning is just 2148 yards away from breaking Brett Favre’s all-time passing record of 71,838. 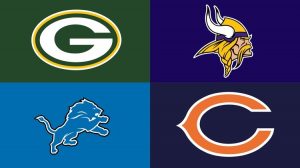 The Green Bay Packers are one of the favorites out of the NFC, despite losing pro bowl wide receiver Jordy Nelson. Having the reigning MVP in Aaron Rodgers and a solid defense leaves little concern.

The Minnesota Vikings welcome the return of pro bowl running back Adrian Peterson after missing 15 games in 2014. Young quarterback Teddy Bridgewater is surrounded with plenty of weapons – and the defense has performed well for Mike Zimmer.

The Chicago Bears are without their two biggest receivers going into the season in Kevin White and Alshon Jeffery. Defensive coordinator Vic Fangio hopes to create success in the 3-4 defense. 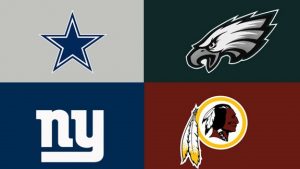 The Dallas Cowboys lost running back Demarco Murray, but resigned their main priority in receiver Dez Bryant. They hope the losses of Orlando Scandrick, Greg Hardy, and Rolando Mcclain don’t come back to bite them.

The Philadelphia Eagles head coach Chip Kelly will be in the spotlight for his moves this offseason. With plenty of new faces on both sides of the ball, the Eagles hope to take control of the division.

The New York Giants resigned quarterback Eli Manning in hopes to win its third championship in eight years. Despite a great receiving core led by Odell Beckham Jr, the defense is in question.

The Washington Redskins have been in the headlines over head coach Jay Gruden’s decision to start quarter back Kirk Cousins over Robert Griffin III. The offense continues to progress, but a shaky defense leaves much concern. 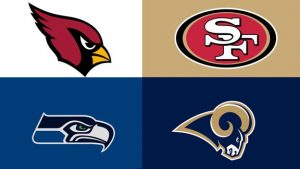 The Arizona Cardinals are a favorite in the NFC with the return of a healthy Carson Palmer. Plenty of offensive weapons and a solid secondary make this team scary.

The San Francisco 49ers lost several key starters this offseason on both sides of the ball. The return of linebacker Navarro Bowman is a cause for applause. All eyes are on quarterback Colin Kaepernick.

The Seattle Seahawks were one play away from back-to-back championships. Despite returning most of their starters, injuries and a holdout from safety Kam Chancellor raise questions.

The St. Louis Rams have one of the best running back cores combined with arguably the best defensive line in football. Quarterback Nick Foles has weapons, it’s up to him to prove he can handle the spotlight. 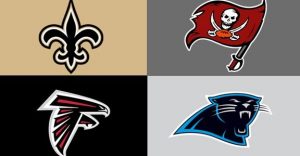 The New Orleans Saints search to reshape their franchise after dealing with pro bowl tight end Jimmy Graham. With several injuries and unproven players across the board, quarterback Drew Brees looks to win a weak division.

Tampa Bay passes the torch to rookie quarterback Jameis Winston. With options like running back Doug Martin and receiver Mike Evans, Winston is another top contender for Rookie of the Year.

The Atlanta Falcons look to rebuild after parting ways with Coach Mike Smith. Questions arise across the board – especially regarding the running backs and offensive line.

The Carolina Panthers look to win the division for the third consecutive year. After losing wide receiver Kelvin Benjamin, the Panthers are looking for someone to step up at wide out. Questions arise around running back Johnathan Stewart and a shaky offensive line.