The Official Launch of WMUR Radio and The Spokesman 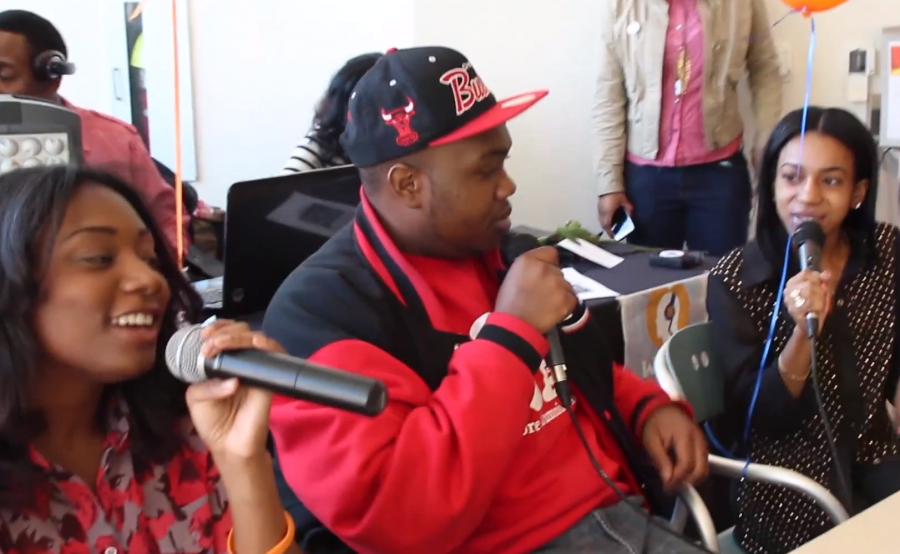 February 14th was not just Valentine’s Day at MSU. The school’s newest radio station WMUR and student newspaper, The Spokesman, put on a show with a joint launch party in the Student Center canteen. As soft and smooth sounds such as TLC “No Scrubs” played in the background, students browsed The Spokesman website and listened to some of the new student hosts at WMUR. Contests, interviews, giveaways and trivia games drew curious students from their lunches. The atmosphere was lively as Morgan journalists celebrated a new phase in their publication history.

“I’m excited about The Spokesman,” said Morgan senior Brian Waters. Known for being a print newspaper, The Spokesman, has abandoned print–at least for now–and is a fully an online publication. This allows reporters to provide daily, multimedia updates and trains them for the fast-paced media world they will enter as they leave Morgan.
WMUR is similarly evolving, with various shows such as “TurnUp Radio,”  “On the Yard,” and others airing for the first time this week.  Bringing this station to the school gets students more involved, keeping the community informed and entertained in the process.
Delete Image
Align Left
Align Center
Align Right
Align Left
Align Center
Delete Heading