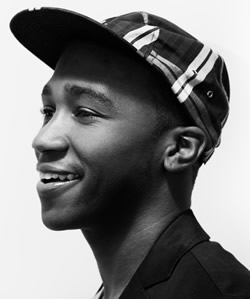 In commemoration of the numerous African Americans who fought for change and social justice, M.K. Asante, Morgan’s creative writing and film professor, disclosed a few of his own struggles and urged students to strive for progress and continue the legacy of their forefathers at the Frederick Douglass Convocation on Feb. 14.

“We can never be too comfortable or too content with where we are,” said Asante after relating an experience he had when he taught a writing workshop at a prison in Philadelphia.

He was taken by surprise when he discovered that one of the men in the class who he admired for his articulateness and writing style slept on the floor of his cell. But once the inmate told him that sleeping on his mattress reminded him of his reality, Asante was moved. It was this experience which led to his mantra, “transforming observations into obligations.”

As a teenager, Asante witnessed the lack of black history instruction being offered at the schools he attended and made it his mission to educate himself. Although he struggled in school, eventually graduating from an alternative high school, he worked hard to get where he wanted to be. At the age of 23, he joined Morgan’s faculty, and received tenure shortly thereafter.

Andre Wright, freshman sociology and criminology major was inspired by Asante’s message. “It reminded me that everything is possible,” he said. “You only get one life to live, so live doing something you love and don’t live with regret.”

Asante even gave audience members a few tips to transform observations into obligations. “Eliminate distractions, create energy, fear nothing, attack everything,” he said. Before opening the floor up for questions, he recounted one more story and posed a serious question: “will we continue the legacy of our ancestors?”

Quanshay Henderson, senior and health education major believed that it was possible. “If you really accept everything that he was saying then you’ll become it,” she said. “And people will be drawn to that. It’s like a domino effect.”

Although Asante did not have a definite answer, one thing he was certain about was that, “it’s in your hands.”