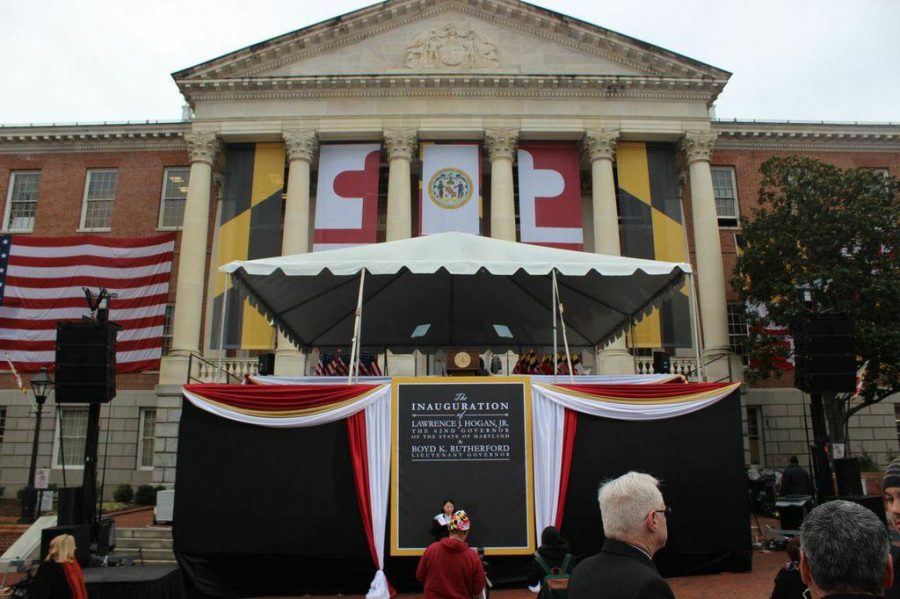 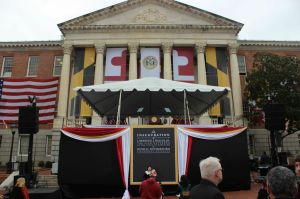 Even a deep January chill that turned the Annapolis lawn into a crusty arena could not blunt the eagerness among hundreds of Marylanders – and a few well-known out-of-staters like New Jersey’s Gov. Chris Christie – to see the installation of Larry Hogan, a Republican, as the state’s 62d governor. “The governor has said that he will stay here until he has shaken everyone’s hands,” an aide said.

Hogan’s address, expected to last 15 or so minutes, will follow a briefer one by his Lieutenant Governor, Boyd Rutherford.

Boyd Rutherford, a former assistant secretary for administration in the U.S Department of Agriculture, will be sworn in as the third African-American lieutenant governor of the state.

The 57 year-old Howard County resident is a conservative Republican whose resume expands across state and federal posts. Some argue that he has more political experience than his new boss, Larry Hogan.

Hogan is a businessman who is the son of a multiterm member of the U.S. House of Representative, but has held no elective office.

After Wednesday’s ceremonies Maryland’s executive branch will be headed by men who before now have shunned the political spotlight.